The Opening Of The Portal... 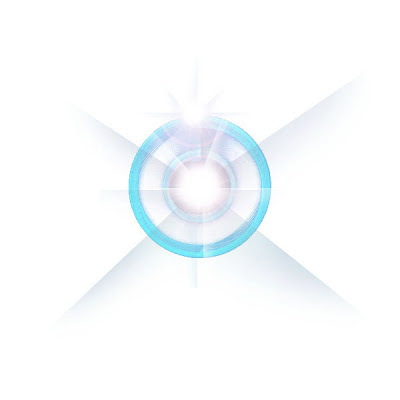 I've been gone a few days so pardon the silence. But yesterday I was able to see the opening of the new entertainment offering at the Second Gate thanks to a few Bothans there. It was a surreal experience that didn't go off without a few hitches. It was in essence, a dress rehearsal and tonight will be the first official showing. But it was interesting.

I first saw the original "Tron" as a child in a darkened, empty theater. The film that Ron Miller had hoped would set Walt Disney Productions on a new path became a bit of a disappointment. While it wasn't a box office failure; it did make a profit, it was not the "Star Wars" type of film that everyone at the studio had hoped for. This began the momentum that led to the firing of Ron and the hiring of Michael Eisner, and the rest is history.

But last night there were many, many young people gathered for this event. Men and women, boys and girls that weren't even a twinkle in their parents eye when the first film came out. Watch them dancing and laughing as those awkward dancers welcomed the Programs and Users was bizarre and revealing. Seeing them dance around to Journey's "Separate Ways (Worlds Apart)" was a through back to the era when this film came out and the audiences didn't embrace it. This audience did embrace it. Many of the people coming out of the screening of the 9 minute clip of "Tron Legacy" were shaking their heads. One girl screamed: "Amazing!" So as I sat there watching the same scene I would tend to agree with her. It was some very visually impressive images. This isn't your daddy's Tron. And yet, it was/is.

After watching that clip, going into Flynn's Arcade, having a seat at the End of the Line Club, watching the holographic projections, the rave atmosphere and the people all enjoying this, it hit me. I've always had a soft spot for Tron. It was never a favorite, but I enjoyed it. The story was a little wooden and the characters two-dimensional, but I felt the concept was ahead of it's time. Last night proved it. My friends were shaking their heads watching this experience. I asked them what they were thinking about and they said they never thought they'd see a day when that film or anything about it would be so well received. And we all talked about how it was going to be a hit. You could tell, it was in the air. It's going to be a hit. Someone said that Disney had a new franchise on its hands. "Trilogy," I said, jokingly correcting them. But the hit that Ron Miller wanted for his company twenty-eight years ago has finally materialized.

The Portal has opened...
Posted by Honor Hunter at 7:27 AM

Coincidentally I found and bought the vinyl of the soundtrack of the original Tron today in a second hand record store and I'm listening to it right now. So great :)

elecTRONica sounds like something I would enjoy so deeply, too bad it's in another continent than I am :(

Marketing is what will make Legacy a success. Disney has poured millions into marketing this film. I never would have believed the hype for this film but it's obvious Disney doesn't want a repeat failure on their hands and are putting all of their marketing muscle into rolling it out. The original Tron had very little marketing and almost no buzz when it hit the theater so almost nobody knew what it was. If Disney had poured even a fraction of what they put into marketing Legacy into the original Tron it would have done better at the box office. Who would have thought they'd be championing a sequel almost 30 years later? I never would have believed it.

This was a party. How can you judge the film from a 9 minute clip? I'm sure many people felt the same before the Phantom Menance debuted. I certainly hope there isn't a Jar Jar Binks moment, but who knows? Even if there is good box office receipts, the film quality is a separate issue.

This movie is "ahead of it's time" like the cancer is still in remission and the patient is on life support.

You're kidding, right? Tron 1.0 was hyped as much as Epcot was.

As much as EPCOT? You're kidding right? No, it wasn't.

It's amazing that this was marketed by the same department who marketed "Tangled".

Even so, I'm holding back my hopes until it comes out.

The original Tron was super-hyped. This was Disney's loud foray into the computer future. All the trades were focused on it. Entertainment Tonight (huge in 1982) hyped its opening release day as "Tron Day." If you had any connection to pop culture, you were very much aware of the movie's release and Disney's investment in it. Like Epcot hype, Tron hype in 1982 was inescapable.

Wrong. I remember Entertainment Tonight opening day vividly and they covered it like every other new film opening day. Your memory obviously is playing tricks on you. There was not a lot of marketing hype for Tron. There was the Bally Tron arcade game tie-in and the Tomy action figures and coverage in magazines such as Starlog but other than that it was just about the same as every other film that summer (John Carpenter's The Thing, Blade Runner, Star Trek II, etc.) so you only knew about it if you were a sci-fi geek. The fact is there was not a lot of marketing publicity or promotional advertising for Tron. You didn't see Tron on Happy Meals at McDonald's or Tron Coke cans. It wasn't "everywhere" like Star Wars. I remember going to see Tron opening weekend during a matinee and there were 4 people in the theater. Disney didn't know how to market Tron because they didn't understand it themselves. Now they do and they are doing it right. Their viral marketing for Legacy has been absolutely brilliant. They've had almost 4 years of build up hype from Comic-Con. They've released 3 trailers already and half a dozen various print and media campaigns, billboards, "Tronica," etc. Tron had none of this. There was no media buzz. Nobody knew what it was. Something to do with video games and blue neon spandex. Tron failed to resonate as a pop-culture phenomenon at the time. I know. I remember it well and remember the disappointment that it wasn't understood or appreciated and I knew Tron was a classic that was far ahead of its time. It took almost 20 years for people to "get it" and only now is Tron getting its due.

Original Tron was hyped! I know because my mom used this logic - "Tron is going to be great. You will want Tron toys when it comes out - so no more Star Wars toys until Tron." For a year, my mom pointed out every stupid magazine article and tv segment on Tron. It was non-stop! My Star Wars arguements didn't have a chance.

After Tron came out, my Star Wars toys enjoyed riding in their awesome Lightcycle.

Yeah Tron had like what... 4 action figures to Star Wars' 400. Tron was not widely hyped. It was no different than the Black Hole. Your awareness of it was greater than the masses.

Disney tried to sell Tron as the next Star Wars and that included publicising the toys months in advance. The reality was that Tomy made just four figures (Tron, Flynn, Sark & random guy) and two cycles. The toys, like the movie, didn't quite live up to the hype.

However, in both the movie and toy world, the Lightcycle rocked.

I saw the original Tron in the theater too. My friends and I were bored to tears. In the years since, I have developed a more mature appreciation for the original film.

I went To elecTRONica last weekend. The preview clip was cliched and way too slick. This movie is going to be a huge disappointment just like the original one.

From what I have seen and heard about this movie, it is NOT going to be good.