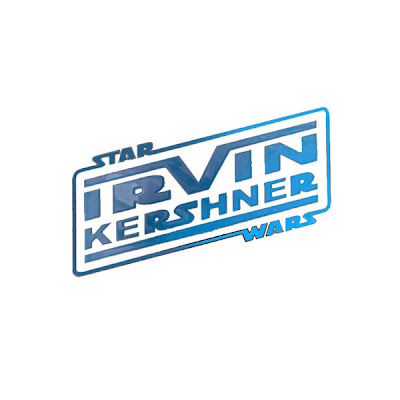 I have a very special place in my heart for this dear man. He didn't just direct the best film in the Star War series. He directed my favorite of the series. Kershner took a job making a sequel to an instant classic that was great and made an even better film. That rarely happens. Most films in a series never quite equal the original. Irvin Kershner took a great story and made it an even more compelling film than George Lucas created. He added meat and flesh to the bones which the Bearded One had created. And he lighted up my childhood immensely.

For that I'm eternally grateful to him...
Posted by Honor Hunter at 9:03 AM

The Empire Strikes Back was not only the best Star Wars film but my favorite film of all time. Lucas should have let Kersh direct Jedi and the Prequels. Kersh brought credibility and humanity to Star Wars and gave the characters substance that is sorely lacking from all of the subsequent installments of the series. He was the best thing to ever happen to Lucas. Kershner was his Yoda. It's too bad Lucas turned to the Dark Side and became the very thing his films preach against.

"The Empire Strikes Back" is not my favorite movie, but it is my favorite of the 20th century. RIP Irvin. The Force will be with you always.

I just finished reading The Making of Star Wars: The Empire Strikes Back, and Mr Kershner is really the star of the book. It was a very difficult long shoot, and he put everything he had into it.

Agreed, but I must also give a nod to Leigh Brackett and Lawrence Kasdan for that script.

If you read Leigh Brackett's script it was not anywhere close to what you saw on film. It was Lucas, shockingly, who re-wrote that script to make it closer to the finished product and polished by Kasdan and Kershner. Hard to believe that Lucas gave Empire it's biggest contribution during the script-writing considering his scripts for the Prequels blew chunks. Gotta give credit where it's due though. If only Lucas had put blood, sweat and tears into the Prequels perhaps they could have stood toe to toe with Empire. He just got lazy, sloppy and didn't care about the story as long as he was writing a script to sell more toys.