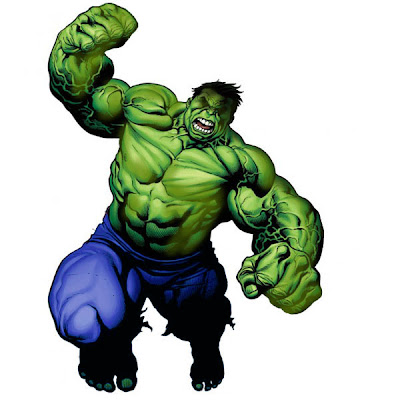 Wow, now this is much happy geek news...

I've been gone all weekend enjoying the lovely weather we have here in Southern California and haven't really been on the computer. So imagine my surprise from a weekend of roasting marshmallows and hot dogs by the beach with old friends, when I saw what Deadline Hollywood had posted. Guillermo del Toro along with David Eick will produce the new Hulk series.

I first thought that I must have misread that. Then I read it. Then I read it, again. Slowly a smile crept across my face. See, as a child it was always to my horror that I saw some film adaptation attached to someone that didn't get it or wasn't talented enough to be associated with it. So when projects like this come along it's almost like the stars aligning themselves in the right place at the right time. It's almost too good to be true. Guillermo is one of those that "gets" it. He's perfectly suited for something like this and to have him connected to it, somewhere the geek gods are shining down upon us. My interest in this project has just gone up one-thousand percent. My only question is when will del Toro let the world in on his cloning project? There is no way that one man can do as much or be attached to as many projects as he is.

He's starting to make John Lasseter look like a slacker...
Posted by Honor Hunter at 9:56 PM

Wow, I can't believe more people haven't commented on this! It's huge news. I agree with Honor, I'm now officially stoked to see this. Del Toro has never made anything that I've not been interested in. I really hope they can get him to direct a Dr. Strange film as well! Hopefully, between this and Haunted Mansion he winds up creating a closer relationship to Disney that leads to some form of a deal? An exclusive one perhaps.

erm. no exclusive deal since he is in with Dreamworks already.

Maybe sign him for a couple of pictures, or first look at live-action.

Hulk is cool though