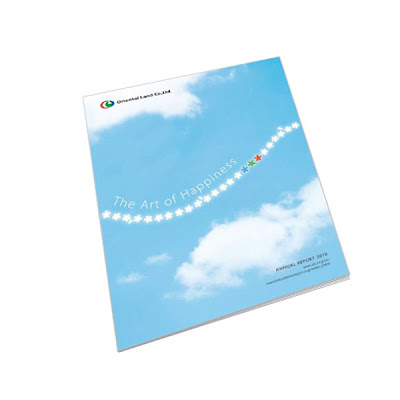 There is a lot of love in and around the Disney community for the Oriental Land Company...

And while I agree with the fantastic job they do, I also want to emphasize that they're a business. Businesses number one priority is to make money. Just like the Walt Disney Company. As much grief as I give the Mouse for the failings from the late 90's/early 00's, I can't call the Japanese company a saint. I believe that because of some special circumstances, there is a very unique situation over there in the land of the rising sun.

I mean, there are ways that company could cut corners, but hasn't, and it's all because of Disney. You see the Mouse has people on site that work directly for them that are responsible for making sure the parks/resort are up to Disney quality. These people have quite a bit of influence and power. The head representative has the power to approve or veto much of what gets done. From a sign that is crooked or paint pealing to the "plussing" of an attraction. And if the OLC doesn't react to this then they're in violation of the contract. So, in a very odd way it's actually the Mouse that deserves some of the credit for the incredible job that this Japanese does.

It all boils down to it being easier for you to have higher standards when you're not paying the bill. Disney can insist on things around the resort being held to the most rigorous of standards. It can do so without any worry of financial penalty. They're not paying for it, so the bar can be set higher. On the other hand, if they're required to foot the bill themselves, like here in the states, then they'll be a little more cautious with the spending of money.

With that out of the way, I thought I'd suggest if you'd like to read more about the Oriental Land Company, then click here and see the list of articles we've posted over the past three years.

It's always nice to see the view from another perspective...
Posted by Honor Hunter at 11:44 PM

You would have to compare the way the different resorts pay for upkeep. Look at how Hong Kong and Paris do their work. Also look at how Disneyland Anaheim and WDW Florida do their jobs.

Disney can dictate all they want, but OLC can balk at any time. OLC would not be in violation of the contract if the difference in quality is one of extreme high and merely high. OLC has consistently decided upon extremely high quality, which is an expectation from their customers.

Now look at the difference between Anaheim and Florida. No one will argue that Florida has much lower quality levels than Anaheim. This is clear from maintenance to attractions. Yet they continue their management in this way.

And in Hong Kong and Paris, it's a whole new ball game there. Highs and lows in volatile mix. Disney will not insist on high quality standards there when there's NO MONEY.

"Disney can dictate all they want, but OLC can balk at any time. OLC would not be in violation of the contract if the difference in quality is one of extreme high and merely high."

Actually, this is not true. The quality standards are pretty well accepted by both parties. There will be no balking. The representative has a pretty cooperative relationship.

As for WDW, that's a cultural thing that will have to be worked on.

As for the NO MONEY... They are a business, not a charity.

So, why doesn't Disney apply the same standards to their own parks that they require of OLC? It seems that OLC could use Disney's own in-house (WDW, DL) "quality" standards (not that they would) as an out from any excessive demands that Disney thinks that a contract allows them to apply towards OLC.

Yes, OLC's parks are businesses, just as Disney's are. But, if OLC is willing (or coerced) into maintaining extremely high standards and can still be a success, then Disney should apply the same standards to their own parks.

Improved parks will ensure that Disney continues to draw visitors and not lose them to parks (Universal) who are applying higher standards to their new attractions.

"There will be no balking."

OLC set the bar quite high for themselves and they can tear it down if they like. Having a "cooperative relationship" means what? They can still cooperate with Disney in any manner they like.

The current leadership of the Company is spending quite a bit of money, between almost a billion for DCA and over half a billion for HKDL. There is quite a bit of talk about things that have been done by Disney and they have spanned two different leaders. I will give the current Suits some credit in spending this money. When we see what Shanghai Disneland looks like we can praise or criticize them then, but it's wrong to blame Iger for the mistakes of Michael Eisner. If anything, he seems to realize you have to spend money to make it. But the mismanagement and design of Paris, DCA and Hong Kong were done under Eisner's watch.

Please remember that and look ahead to what is happening...