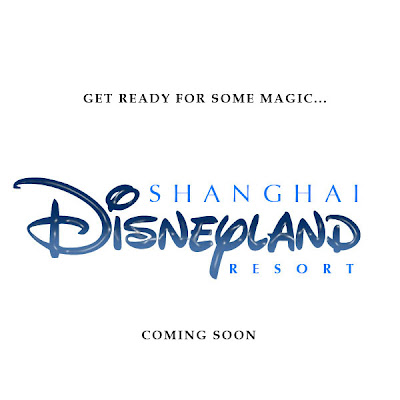 It's getting close to that time...

Soon, we should be getting an announcement about the Mouse's Sixth Magic Kingdom. I'm hearing a few bits and pieces. One thing I've been told is to expect this to be the most radically different Main Street of any Disneyland park. I'm not sure what that means, but take it how you want. Also, I've been told that the castle will also be unique and that's a good thing. And the resort itself is going to have one really big lake which will likely surround hotels and a version of Downtown Disney. We should be getting some artwork before the end of the year. If we're lucky, even sooner. It seems that 2014 will be an important year with the Extreme Expansion of Hong Kong Disneyland completed and the likely opening of Disney's second Chinese park. It's going to be interesting comparing what each has in common and what each has that's its own.

Now we'll get to see what Bob Iger's first hands on park looks like...
Posted by Honor Hunter at 10:02 PM

What do you mean by radical Main Street?

^ Perhaps the 1920s Main Street that Eddie Sotto proposed for Disneyland Paris? Or maybe something a little more modern, like a 1950s Main Street? Or maybe even something completely different, like a European or even Chinese Main Street. Any number of directions they could go with this, really,

I'm so happy to hear the castle will be different! I think each magic kingdom should have it's own, but sadly that's not the case

With America's preeminence in doubt under our current leadership and China's rise as a trading powerhouse, the Main Street concept of the Disneyland's seem rather quaint. The formula has worked, but maybe there needs to be some tweaking. Disneyland as a unique American brand might not work verbatim. There could be some local personalization.