Oh, tell us great plaid one... 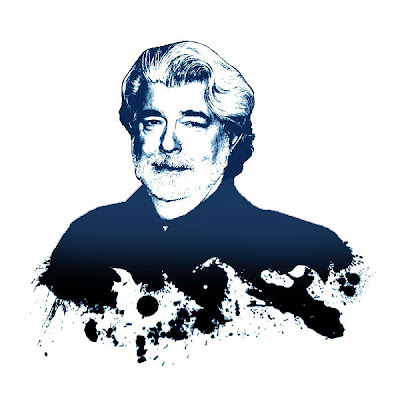 We have another short interview George Lucas and Kathleen Kennedy...

It's the third in a series.  Each is about five or so minutes, and there are two more to go over the coming weeks.  Each one adds a little layer of thought, peeling the onion back to see the workings of a private man giving up his baby.

It's going to be interesting seeing what happens in a few years.  I know Kennedy has said that they want to get to a point where Lucasfilm is putting out 2-3 films a year, and I don't if this is a typo.  Did she mean a film every three years?  As in Star War films?  Or did she mean others as well?  Perhaps this is in regard to that magical creatures/fairies animated film that they were working on.

It's interesting times we live in.  Maybe the galaxy up north will be a bit larger than Star Wars and Indiana Jones?


Episode I: Disney and the Future.


May the Forth episode of this be with us next week...
Posted by Honor Hunter at 10:47 AM