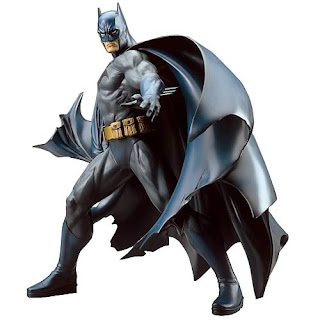 While I love Christopher Nolan's interpretation of Batman, I am not slavishly devoted to it...

I love "Batman Begins," I adore "The Dark Knight," and sadly disappointed in "The Dark Knight Rises."  I feel the last one is Nolan's least developed.  It felt like something he had to do, not want to do.  I think Joseph Gordon Levitt is one of those rising young stars.  He's an incredibly gifted actor who has a promising future.

Just not as Batman.

And certainly not one that happens to not be Bruce Wayne.  That is the character that will always be tied to the meaning for there being a Batman in the first place.  There is a purpose to who he is and what he wants.  His wealth is a gift for his vengeance on a cruel world that he is trying to right.  He is no street vigilante.  He is no cop.  He is a man searching for answers to a childhood that died a long time ago and his tools are his brains, accompanied by the body he has trained.

I know that Warner executives want to continue the money train that is the caped crusader.  But the world of Nolan's Batman wasn't meant to exist in a universe where other heroes in underwear walked around.  It wasn't.  It's not that there is anything wrong with creating a DC Cinematic Universe to rival the one Marvel had, but to try and put Nolan's universe in the larger one is wrong.

They need to reboot a new Batman.  One that happens to be Bruce Wayne.  I want to see a cohesive universe where Clark Kent spars with Bruce Wayne, not some young, upstart cop that just took over the suit.  It's not the suit that made Batman, it's the events.  And the events happened to a young boy named Bruce Wayne.

It's as if Sony wanted to continue the success of Sam Raimi's "Spider-Man" and just had someone else step into the role that wasn't named Peter Parker.  I would recoil at such a thought the same way I feel about this rumor, if true.  I have wanted to see a Justice League film since I was a child.  For Warner Suits to put such a monkey wrench into the machine that they plan on going forward with is a prescription for a project that will be mired in doubt.  It will deflate the feelings I had looking forward to seeing a great number of DC characters together in 2015.  It's not starting off the wrong foot, it's walking off a cliff, and shows that Suits still don't "get" super-heroes.

The Warner Suits want a future for all the characters in DC entertainment, but going forward with this will be an end, not a beginning.  Marvel will still be moving forward with it's expanding universe, and Warner Bros. will still be wishing they could take advantage of the large collection of characters that they still don't have an understanding of.

I guess in another decade they can try rebooting again...
Posted by Honor Hunter at 10:14 AM

I'm actually ok with these rumors, sort of. I don't think JGL should be Batman, but if they made him Nightwing and put him in the JL instead of a Batman character, I think that would work. We only say that Nolan's Batman wasn't meant to interact with other superheroes because he said as such I the beginning. But people can change their minds (for good reasons or bad) I'm still interested in seeing where this goes and if Man of Steel is going to be connected at all.

I will not be going to see this if it's not Bruce Wayne. That's just stupid. Idiotic Hollywood.

The reboot of Spiderman changed the story instead of it being a continuation. The reason for his uncle's death has changed. In the original with Tobey Maguire, the uncle died near his car when he encountered the robber and he was trying to steal his car. In the reboot with Andrew Garfield, the uncle died on the street when he was looking for Peter Parker and he encounted the robber.

If they want to reboot Batman, it needs to start fresh. I presume Batman cannot be a continuation anyways especially with how Spiderman was handled. They will change the story.

I figured the idea was to start a spin off movie franchise with Robin as well Robin. A Justice League movie would be good too but no more Batman movies. I love the trilogy and think they should just leave it alone.

Anonymous, you clearly don't read Blue Sky very much. If you did, you would know that Honor is a DD Guy even though he likes Disney. His favorite character is Batman, so what he's saying is as a fan.

Go back and read some of the articles before you make a judgement you are wrong on.

I was expecting that someone might bring up this point and even I was also thinking about that if Bruce Vain doesn't had to be a rich guy, he wouldn't became Batman.

Wait, what? They're going to continue the Batman movies off of Nolan's vision rather than re-boot? NOOOO!

I'm with Honor here in that I enjoyed the first two Nolan Batman movies and thought the third was 'meh'. I love the character, but didn't think the third movie did him justice and I would be down-right dismayed to see Batman as not-Burce-Wayne. Ugh. I'd probably be tentatively willing to go see a stand-alone movie like that, but I'd be horrified to see /that/ 'Batman' end up in a Justice League movie. It just wouldn't be right!