A Wretched Hive Of Scum And Villainy... 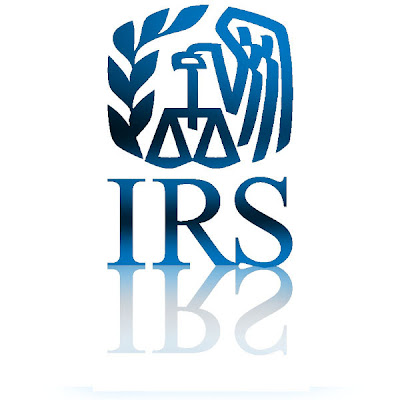 So there appears to be more to the story of the sale than just wanting to move on...

It seems that there is a tax expiring at the end of the year, and George Lucas would have been paying at a much higher rate had he cashed out his chips at a later date.  By doing so now, he leaves his family with less of a bill, and his money bin will be a little fatter for him to dole out to charity.

The Bearded One doesn't fear fans or critics, but the IRS is another matter...
Posted by Honor Hunter at 3:19 PM

It seems like George is afraid President Obama might get re-elected and send his tax rates skyrocketing. I can't really blame the guy. The money made off the Star Wars empire (pun intended)was from his imagination and the sweat of his brow and he has every right to keep as much of it as he can.

Lucas is a bajillionaire. He can afford to pay higher taxes (and deservedly so). Most working middle class Americans can't.

I always find it funny how people think OTHER people should pay more taxes. Personally, I say good for him. He created those characters and those movies, and so many others have also profited from his creations, including the movie studios, toy makers, theaters, etc. Keep in mind, every time somebody bought a ticket or purchased a VHS/DVD/Blu-ray they paid taxes too so it's not like the government hasn't already made a boat load off of HIS creations.

Here we go, mention taxes and the socialist start ranting about how the rich aren't paying their fair share.

He didn't build that!

I'd be willing to pay more taxes

"A Wretched Hive Of Scum And Villainy... "

Is what fascist right wing religious extremists like the ones at "Blue Sky Disney" call people who give 99% of their money to charities.

I wouldn't. Why should I get blamed because the government can't manage its OWN finances? When it keeps spending money it doesn't have? Why should it get away with pointing its soiled finger at the rich and blaming THEM for this country's lousy economy?

BTW: DisneyByMark has reported that Lucas just donated $4 BILLION of HIS money to education.

It's fantastic that George is donating the bulk of his money from that sale to education. It is his four billion and he can do what he wishes with it. Kudos to him that he is setting up a foundation to promote education, that is his right and it is what most exceptionally wealthy people have done over the years from the Vanderbilts to the Carnegies to the Gates'. However, he is not being forced (another pun) to do it and can anyone here honestly claim that that four billion would be wiser spent by the US Federal Governement than by private individual George Lucas' education foundation?

We have republicans to thank for the bush economic debacle. They want something for nothing--as usual. I don't think many people ASKED to go to war with Iraq--but here we are and it must be paid for some how. I didn't ask to pay 10 times more for private contractors to do the job our military could have done. Who turned a surplus to a deficit (the largest in U.S. History by a single president) in less than one year? Who was asleep at the wheel when terrorists attacked on 9/11? Who shamed America by shredding the constitution and thrilled at the prospect of torture? Who gave billions in tax breaks to businesses to send American jobs overseas?

No, America doesn't want more of the bush years ala mittens. And that's why President Obama, with his emphahsis on personal responsibility, fairness, and private enterprise, will be re-elected and drag America--kicking and screaming--into the 21rst Century.

Ironically, there are a lot of themes in the Star Wars cannon that speak on the perils of "big government".

Yes, Remember, the government grew bigger under republicans than under the Democratic Party. And it grew most under bush 2. Just the indisputable facts.

Your facts appear to be opinion disguised as truth.

Both spent too much, but Dmocrats spent more. Now that is a fact.