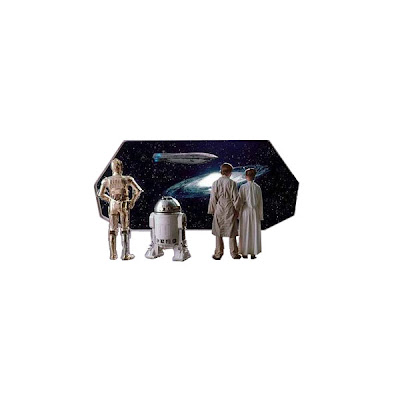 So the films that Kasdan and Kinberg are working on for Lucasfilm might not be part of the trilogy after all...

But they will be Star Wars.  It appears Kathleen Kennedy and crew are taking a page out of the Marvel playbook.  While we're supposed to have an Avengers film every three years or so, we have individual adventures set in between, like Thor and Iron Man, etc.  Word comes from The Hollywood Reporter that the films that these writers are working on could be stand alone/spin offs that inhabit the universe far, far away.

So these adventures could turn up in one of the in between years of Episode VII and Episode VIII?  This explains Iger's statement of having films come out every 2-3 years.  That would allow for at least one solo (pun intented) adventure in the gap between one trilogy film, and another.  This means we could get all kinds of space operas.  From a Boba Fett film, to a Republic Commandos film, to a tale about the Rebel Alliance.  What be your take?

I think this universe is big enough to have multiple adventures...
Posted by Honor Hunter at 8:01 PM

Shadows of the Empire. If I can have one stand alone, I'd love to see that made.

However, I'll most likely be happy with anything that comes, so I'm set anyway.

I'd rather they do Episodes VII-XII, focusing on the main story. Then do Old Republic and other films set way in the past telling the history of the Jedi and sith.
Other than that, a live action show between episodes III-IV (this is where we should get Boba Fett's story) and an animated show between VI and VII.

Yes! I've been saying for years, Shadows of the Empire would have been wonderful! George even said if he had the script back in the 80's he would have made it. They could even do it as an animated film, that way Harrison, Mark and Carrie can do the voices! That would be so wonderful... :)*dreams*

I'd love it if they decided to go this direction. I totally agree that this universe is big enough to handle all sorts of spin-offs. Like Marvel, they can do a 'main story', plus mini-story arcs that explore 'smaller stories' with greater depth.

I'd vote for a movie based on a fan favorite book (perhaps 'Shadows of the Empire' or a Timothy Zahn novel), a movie based on the Old Republic (which I, and the average person, know nothing about), a spin-off from a new character introduced in the new 'main story', and more!!! It could be such fun!

I'm super excited about this! Thanks for your article.