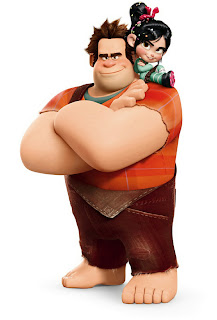 Walt Disney Animation Studios had its biggest box office opening ever.  The film was positively received, both critically, and financially.  With Rotten Tomatoes giving it 83%, and the public laying out 49.1 million in opening weekend, the Mouse has certainly moved beyond the decade+ of films that marked the downturn in Disney animation.

Ralph shows you that Iger bringing Pixar into the family was a great move.  John Lasseter has turned the ship around and it's headed forward back toward its former glory.  It's finally becoming common again for audiences to plan on going to see the yearly Disney animated feature, and expecting it to be quality entertainment.  Something that was lacking in films like "Chicken Little" and "Home on the Range."

And next year "Frozen" will go along way toward continuing this returning Disney standard...

Honor, you seem to be very optimistic about Frozen, from what I have gleaned from this post and others before. Are you privy to any knowledge on the story or have you seen any actual animation?

I have been hearing from an insider from the LP boards that the character designs are generic and the film is behind schedule. Any truth in this?