After IX After Thoughts...

Nine is only the beginning... 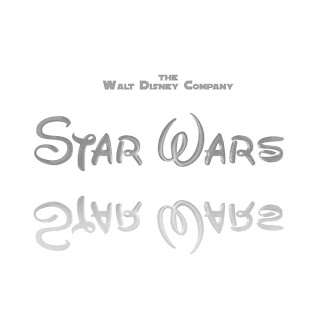 We all know now that there will be a new trilogy of Star Wars films, but after that...


What comes next?  The Mouse has already said that new film based in the galaxy George Lucas created will happen ever two to three years, even after the trilogy is over.  So it will kind of be like the Bond series, except instead of it being about one character, I think it'll be about various characters in the Star Wars Universe.

Now, I though we'd look at what could be some of the possibilities for stories that could be done after these next three films.  The universe is big, and filled with endless stories waiting to be told.  So what are they?  Or better put, what could they be about?

Boba Fett film - Last year, director Joe Johnston mentioned how he would love to film a film about the infamous/beloved bounty hunter.  Many fans would love to see this happen (myself included).  Imagine a tale of the Star Wars Galaxy told from the perspective of someone who sees it from the shadows.  Not to mention the fact that it would be a film by the man that created the character.

The Old Republic - Image a story, or even a new trilogy, based on what happened before or during the Republic.  How the Sith and those in the Dark Side tried to take over the galaxy, before the Empire.  The early days of the Jedi.

Jedi Tales - Or they could just kick off with a secondary character from the trilogy and follow his battles, trials and triumphs as he hyper spaces through the galaxy.  We know that there will be many new characters introduced in the new films, who knows which ones will catch fire with the fan base, and then develop into a potential new franchise.

The Rebellion -  Imagine a retro tale about the forces of the Rebel Alliance against the Galactic Empire.  Luke Skywalker and Princess Leia are important parts of it, but there are/were many others that fought in the resistance.  Imagine if we had a film or trilogy that took place between "A New Hope" and "The Empire Strikes Back?"  Or even before "Return of the Jedi."  For that matter, it doesn't have to start around the original trilogy.  It could start a few years before and lead up to the people that found the plans for the Death Star and delivered them to the rebel princess.

Non-Jedi Tales - And who says that every story has to involve someone that carries a light sabre?  They could follow the story of a soldier, or battle weary warriors from distant planets.  Jedi aren't the only ones who populate this galaxy after all.

And these ideas are just the tip of the iceberg in this vast, vast universe...
Posted by Honor Hunter at 11:21 AM

What? I'm going to go out on a limb and say....that's not going to happen. They aren't going to go back and change the Vader is daddy thing. It'll never happen.