Make the jump to Hyperspace... 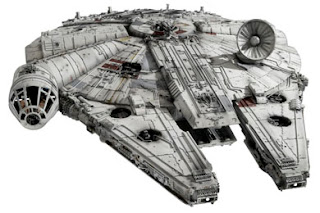 And so we have more rumors of Matthew Vaughn directing Episode VII...

Several sites are reporting an interview with Jason Flemyng, where he supposedly lets slip that Vaughn is working on the much hyped sequel to the successful franchise.  Now, it's not direct confirmation, but it's one more step in the line of confirmation that the director is in line to direct the film.

There are supposedly three directors that Kennedy and Lucasfilm have been talking to.  The Bothans I've talked to have said that Jon Favreau was the favorite to actually take the reigns of this productions.  I would much prefer Vaughn to him, but above all, I want Brad Bird.  He would create an amazing Star Wars film.  And if I can't have him for the first one, then maybe he can direct the TESB of this trilogy, or at least the Jedi closer.  And as much as I love Guillermo del Toro, and I know his name has been whispered about this by the fanboy community.  But I don't see him getting the job.  He's got too heavy a fingerprint on his films and I believe that Lucasfilm isn't going to want someone whose style will overwhelm or clash with the vision they want to bring across.

Seeing as Bird is not the one to helm Star Wars: Episode VII at this time, I thought we'd offer Blue Sky Disney's pics for the top five directors we would choose to start this party.  Starting from five and counting down to one:


#5 Joe Johnston - The director behind "The Rocketeer" and Marvel's best solo effort, "Captain America" would be a solid director for the film.  He's a former Lucasfilm employee, he knows big budget effects films, and he knows Star Wars.

#4 Joseph Kosinski - His attention to detail, and clean vision would make for a very interesting Star Wars film.  Like Johnston, he's a veteran with FX films and could make for a unique choice.

#3 Drew Goddard - The director of "Cabin in the Woods" and co-writter with Joss Whedon, knows story structure, and is a rising film maker.  He would make a riskier choice, but would be a statement regarding the importance of story.  Not to mention, he could get Whedon to give his opinion of the script.

#2 Alfonso Cuaron - A great director who would be a fantastic statement that this project is an incredibly valuable property.  He would be able to translate the worlds we've come to know in Star Wars into a grand vista of epic proportions.

#1 Rupert Wyatt - If they were to choose this director, it would mean that the script/story is going to be smart.  It would be a proclamation that this is going to be a very layered film that won't talk down to the audience/fans like the Prequels did.  Hiring Wyatt would show that the Mouse is setting up this series as an extremely important series, and they want to get it right.


Of course, these are my picks and Kathleen and George don't know me from Adam, or Luke or Leia...
Posted by Honor Hunter at 7:11 PM

Joe Johnston would be my #1 choice. Nobody else has worked closer with Lucasfilm in designing the Star Wars universe. He created Boba Fett for God's sake, the most iconic Star Wars character next to Vader. He knows special effects intimately with his work at ILM and did an outstanding job bringing Captain America and The Rocketeer to the screen. Joe Johnston should be handed the reigns to helm the trilogy.

Cast my vote for Joe Johnston.

Johnston didn't create Boba Fett. He was created for the animated short for the Star Wars Christmas Special which Joe had NOTHING to do with.

That's not true. George Lucas created the character who was to be used heavily in The Empire Strikes back. His use in the Holiday Special (which Lucas had no involvement with) was be design to introduce kids to the new character from the sequel and to market the mail-away action figure. Fett's role was then minimized in the script.

How about Robert Rodriguez?