The Force Is Strong With This One...

Star Wars films to infinity and beyond... 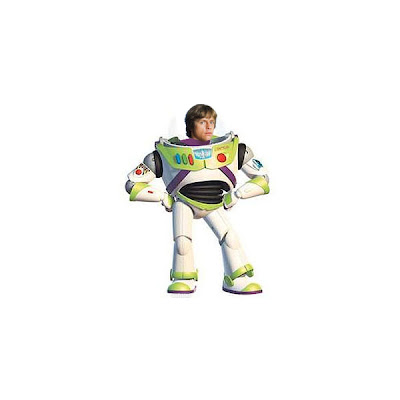 Well, we now know who did that extensive treatment that Bob Iger mentioned in the announcement of Lucasfilm marrying the Mouse...

And it's not by George Lucas.

Vulture is reporting (and other sites are confirming) that Michael Arndt (Toy Story 3, Little Miss Sunshine, The Hunger Games: Catching Fire) was/is the person responsible for the treatment for the storyline for the next trilogy of Star Wars films.  It wasn't just a proposal for the first film, Episode VII, it was a 40-50 page explanation/description of all three films.  And the treatment is supposed to go out to directors soon.  Brad Bird, J.J. Abrams and Steven Spielberg are mentioned, and it may not be just to see if they want to direct, but what they think of the new trilogy.

This is great news, not only because Arndt is a great writer, but he's an avid Star Wars fan, which means we won't see something like Jar Jar Binks, or Medaclorians.  It means that Disney and Kathleen Kennedy are taking this seriously, and don't plan on releasing a film that fans will hate.  It means that they actually care what the fans think, unlike Lucas, who created this universe, and never let anyone question him.  It means there won't be a room of Yes Men that tell George everything he writes is gospel, and nothing is wrong with it, or could be bad about it.  It means now others can play in George's sandbox.

And that is a good thing for Star Wars fans.  It means that we may get adventures in this wonderful universe that are worthy of its creation.  Now, if only Brad Bird were to postpone "1952" until after he finishes "Episode VII" it'd be the greatest news ever.  Well, not ever, but today at least.

This was great news today...

This is very exciting. I was excited to see what he would do after the success of Toy Story 3. It's great they brought in such a clever and talented writer for the treatment of all three. And to give them an overall structure that could potentially make them an awesome trilogy.

All I can say is, please pick Brad Bird, great writer they chose, and as long as George Lucas isn't in the picture, he's retired, meaning he shouldn't even be involved. Marc Forster didn't pester Sam Mendes on Skyfall after making Quantum of Solace, leave it to the professionals, George.

I think this article demonstrates the arrogance of fans. My favourite line has to be: Unlike Lucas, who created the universe and never let anyone question him.

Erm, yeah, that's right, HE created it. This ridiculous mentality that it belongs to the fans is so incredibly tiresome.

The ridiculous mentality of people like you is also tiresome, Anonymous.

We're not talking about copyrights here. This is about something that has been with us since many of our's childhoods. It may have not come from our minds, that's George's of course, but but it inhabits our hearts as fans. I have friends who I am deeply close to, and I can see how their parents treat them. I don't have to be their mother or father to tell that they are far too controlling of their children.

Star Wars was his baby, but he couldn't see that it's grown up and needed to move on.

But it looks like NOW he's finally realized it.

No, Lucas, as an artist, took the films in a direction he felt was right. To act like he did something wrong because you, the fans, didn't enjoy it is arrogance of the highest order.

I stop listening to foaming-at-the-mouth Star Wars fans whenever they throw in the word "childhood." George Lucas created Star Wars. It's his universe, his rules. If you don't like the "big picture" because you're so accustomed to looking at it through the tunnel-vision'ed first trilogy, then you are not a true Star Wars fan. On the contrary, you are the type of fan who would reject the "Toy Story" universe because of new characters like Jesse and Emperor Zurg.

So I say to the filmmakers of Episode VII: bring on Jar Jar Binks, bring on midichlorians, bring on everything else new and interesting. Just don't slam us over the head with large doses of Luke, Leia, and Han because it caters to some crybaby's precious "childhood." Luke, Leia, and Han are now in their 60's. Give us something new. And fresh. Hollywood should never be scared to be fresh and original.

Please oh PLEASE don't let them give it to andrew stanton--who "directed" the flop john carter. There's slim to no chance they will, of course, seeing as how Disney needs a hit with a good story.