The story of a boy, a girl, and a whole galaxy waiting for a mouse... 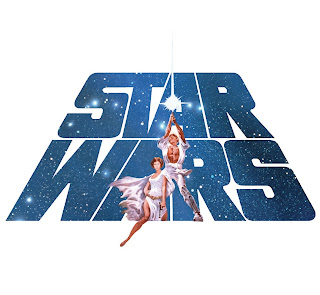 Well, the Mouse officially has a new addition to the family...

The Walt Disney Company completed the purchase of Lucasfilm today.  With the closing of the bell on Wall Street, George Lucas' famous company now becomes another sibling in the colossus that is Disney.  Here is the official press release:


BURBANK, Calif., December 21, 2012 – Continuing its strategy of delivering exceptional creative content to audiences around the world, Robert A. Iger, President and Chief Executive Officer of The Walt Disney Company (NYSE:DIS) announced today that Disney has completed its acquisition of Lucasfilm Ltd. LLC.

“We’re thrilled to welcome Lucasfilm to the Disney family,” said Iger. “Star Wars is one of the greatest family entertainment franchises of all time and this transaction combines that world class content with Disney’s unique and unparalleled creativity across multiple platforms, businesses, and markets, which we believe will generate growth as well as significant long-term value.”

Strange that they don't mention "Indiana Jones" in that.  I know that "Star Wars" is the primary motivation for the purchase, but the famed archaeological professor ain't no wall flower.  He can hold his own.  Not to mention all the other properties Disney has access to (American Graffiti, etc.).

But what fans have wanted for years has come to pass.  George no longer has control over his creation.  Now, the future of Star Wars is in the hands of someone else, for another generation.

And the ones after that...
Posted by Honor Hunter at 2:05 PM

I think, at this point, the "Indiana Jones" franchise is stuck in development purgatory. I mean, there's that narrative from fans that this is Harrison Ford's character and it should end with him alone.... I'm not totally sure that would be a viable option for IP longevity. Personally, I would like them to eventually reboot it and turn it into a James Bond-esque franchise and have the baton pass on to future generations with different versions and variations of Dr. Jones. There will be a need to keep Indiana Jones fresh within the mainstream audience. Disney knows that they would either buy out the Paramount distribution rights or work with them for any continual plans. I think, at this point, Disney is concentrating at one piece of the pie at the moment (Star Wars), the most sweetest part of the Lucasfilm purchase, before they make revolutionary developments on the other iconic franchise.

Now Lucasfilm, please give us a steady flow of news and tidbits to tide us over until 2015. No more of this secrecy common with Lucasfilm of the past. (Remember that 'Untitled Fairy Musical' the company revealed in 2010? Yes, that forgotton little film... which we never heard from again.)

I don't believe Disney will make any new TV or Film projects based on the Indy franchise unless they can get out of the Paramount distribution agreement.

I think it's difficult to reinvent Indiana as we know it when Harrison Ford is still among us. But I don't think there would be any problem in reinventing the Young Indiana Jones series. It was good but not that well seen, and certainly forgotten. I think there's a whole lot of opportunities to do something around that.

I also remember that Lucas was ticked when he saw plans for a circus train Young Indiana Jones stunt show being planned for Frontierland at Disneyland. I would love to see that go in or even replace the one at Disney's Hollywood Studios. Maybe something in Morocco at Epcot would be welcomed.

"I don't believe Disney will make any new TV or Film projects based on the Indy franchise unless they can get out of the Paramount distribution agreement."

Paramount has the rights to film distribution of all future Indiana Jones films, not anything to do with television. Walt Disney Studios could make a Indy live-action or animated film like the one Honor would love to see and not have to worry about Paramount sticking their hands in the process.

"Paramount has the rights to film distribution of all future Indiana Jones films, not anything to do with television."

According to past news articles when the sale went down, it was widely reported that Paramount has future distribution rights to anything Indy - Film and TV.
I wish they didn't, but I'm pretty confident they do.

I know "The Young Indiana Jones Chronicles" was distributed by Paramount:
http://www.imdb.com/title/tt0103586/?ref_=fn_al_tt_1

I'm just happy that Star Tours and The Indiana Jones Adventure are NOW based on "Disney" characters.