Believe in the Users... 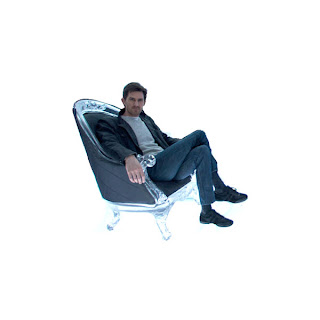 It seems that "Tron 3" news is dramatically increasing...

Just last week we learned the Mouse had hired a new screenwriter to move the project forward.  Then Garrett Hedlund admitted he was coming back for another round (which he's contractually obligated to anyway).  Now comes a little more data from the Grid by the director himself, Joseph Kosinski thanks to Collider.

It seems he's keen on the idea they have for the sequel, but he's waiting to see how it translates in the script.

“There is certainly a chance, like I said; we’re writing the script now.  Sometimes with these things all the pieces fall into place.  I mean, we’ve been talking about this for years and we don’t have the script now, but sometimes things fall into place very quickly, and if everything lines up it could happen.  That’s all I can say, it’s too early.”


Of course, we'll have to wait till mid next year before we find out if that draft of the script will get the film greenlit.  Even if it does, it looks like a late 2014/early 2015 release is optimistic.  But it's not out of the question.  And Kosinski claiming that this film would have to have "Empire Strikes Back" tones only raises the stakes for what this film has to strive for.  But it's good to see things moving forward, and the wheels turning for the sequel to the 80's cult classic.

I just hope that the Cillian Murphy/Sark's son idea is really expanded...
Posted by Honor Hunter at 10:05 PM

I am really glad to hear this.
I liked a lot of TRON Legacy. I know that the movie don't is the "religious revelation" that some nerds want it to be, but it's a good and fun film, with truly amazing and beautiful visual and a WONDERFUL soundtrack.

That they are looking to hit an "Empire Strikes Back" tone to the second film tells me they're not thinking in terms of what might be interesting about the Tron world, but what will best sell tickets to a mass audience. Yes, there is a balance here; money must be made, but a film must also have content and meaning, very little of which did the first film have. Basically what you post tells me is that they have learned nothing from how dull the first film ended up being and are ready to forge ahead on another snoozer...

I'm not going anywhere near this thing when it comes out; especially after reading this. Tron 2 was incredibly disappointing and if the script "falls into place really quickly", that indicates to me that this movie will be another major blunder.