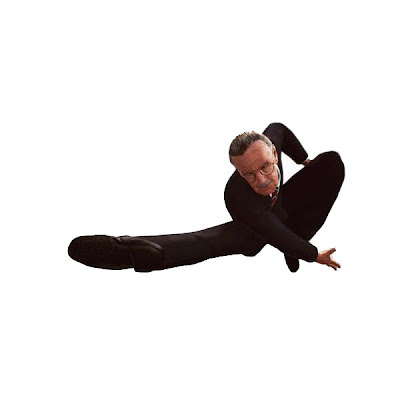 There are five pillars of the comic book industry...

Three are at DC Comics and two belong to Marvel Comics.  DC, or as it was called way back in the beginning of comic book creation, National Periodical Publications, had Jerry Siegel, Joe Shuster and Bob Kane.  Marvel had Jack Kirby and Stan Lee.

Today, Stan "The Man" Lee celebrates his 90th year on this planet.  Now, I don't how old he is on another planet.  You might have to ask Reed Richards since he knows the Marvel galaxies better than me.  But Stan would go on to co-create most of the Marvel heroes we know and love today.  From "Fantastic Four," "Spider-Man," "The Avengers," to countless others, the world of young boys and girls would change forever after the early 60's.  He has handled the celebrity and success over the years with grace, flair and dignity.  Stan Lee has become an icon of pop-culture, a living monument to American myth.