To film or not to film, that is the question... 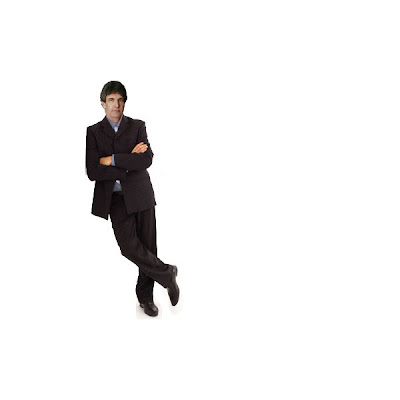 So bit by bit, day by day, we slowly get to see the slate of films that Alan Horn is creating for the Mouse...

A whole lot of sci-fi, a good portion of fantasy, a slight touch of nostalgia and even a bit of mystery.  That sums of what we've seen so far, but the future will not start to unfold till 2014/15 before we see the full Horn line up of films.

What exactly does he have in mind for Walt Disney Pictures?

Well, here's the list of scripts/films/pitches that he's lined up so far.  It will be a while before we find out how many of these make it all the way through production, as Hollywood is littered with dreams and scripts that died or got lost along the way.

The Rocketeer (remake) - The studio is reportedly pursuing writers to reboot the cult property based on the comic by Dave Stevens.  While no news has come out since Vulture broke the story in August, it's believed that Disney is still looking for the right take on the character.

Flight of the Navagator (remake) - The 80's story of a boy that gets a spaceship of his own will get a reboot for the 21st century.  Colin Trevorrow and Derek Connolly are writing the script, with Trevorrow being eyed for the director's chair.

Star Wars (sequel, spin-off) - Michael Arbdt has been put in charge of creating the playbook for another Star Wars trilogy, as well as writing the first chapter of the three.  It addition to Episode VII, Lucasfilm has hired Larence Kasdan and Simon Kinberg to explore other parts of the Skywalker's galaxy.  This will provide Horn with a Star Wars film every couple of years for Disney's schedule.

Tron 3 (sequel) -  The sequel to Legacy has languished over the past year, but Horn has hired Jesse Wigutow to take over from the previous writer because he believes in the value of this brand.  The possibilities of The Grid could come into theaters around the same time you may be able to experience the world of Tron (providing you're in China).

1952 (sci-fi original) - Brad Bird returns to Disney (sadly, not as Star Wars director) to film an original science fiction tale written by Damon Lindelof, that will possibly star George Clooney.  The word is that Studio suits, Horn particularly, think the project could be a tentpole film launching a new franchise.  If I were Horn, I'd put Bird under long term, exclusive contract.

The Stuff of Legend (adaptation) - Based on the comic Written by Mike Raicht and Brian Smith and illustrated by Charles Paul Wilson III, is a battle between the Boogeyman and childhood toys (a dark twist on  Toy Story).  Pete Candeland will adapt the graphic novel.

Untitled Scott Rosenberg film (?) - Almost nothing is known about this project, other than the fact that suits liked the pitch so much that they payed over a million for it up front.  In these times that says a lot.  More layers of this onion should be peeled in the new year, and I'm sure by the holidays next year, we'll have a much fuller understanding of what was so special.

Alexander and the Terrible, Horrible, No Good, Very Bad Day (adaptation) - A classic children's book by award winning, author Judith Viorst, adapted and directed by Lisa Cholodenko with Steve Carell starring?  It sounds like the kind of family entertainment that the Mouse has been looking for.

Matched (adaptation) - Everyone has been doing YA films and television shows the last few year to take advantage of the "Twilight" phenomenon, except Disney.  Now they get into the game with an adaptation of the first novel in the "Matched" trilogy.  Set in a dystopian future, where the mysterious society dictates every part of your life (fiction, or just around the corner?), if follows a seventeen year old girl and her love interest.  I would openly pan these things normally, but I'll wait till we see a trailer for this before I become too judgemental.

Peter and the Starcatchers (adaptation) - The adaptation of the first novel in the series by Dave Barry and Ridley Pearson is getting the grand treatment under Gary Ross's helm.  Essentially a prequel to the Peter Pan tale that follows the Neverland crew on adventures before Wendy and the world intrude the second star to the right.  This one has franchise written all over it.  The question is will it have box office hit written all over it?

Terra Incognita (sci-fi original, ?) -  Nicole Perlman, who co-wrote DreamWorks Animation's "Rise of the Guardians" sold this pitch days ago to the Mouse.  Other than Justin Springer being attached as producer, nothing is known about the story, except it interested Horn enough to buy the pitch upfront.

Don Quixote (period adventure) - Horn's latest acquisition/deal with Johnny Depp's Infinitum Nihil production company producing.  The famous tale of Alonso Quijano, a man who goes on a quest with his squire, Sancho Panza, in search of renewal and adventure.  So Terry Gilliam will see at least something arise from his attempt to use this novel as a parable.

This is the short lists of what has been approved to go into development, production or purchase.  And as 2013 comes around we'll likely see a whole lot more pieces of the puzzle fall into place.

Hopefully one of those will be Guillermo del Toro's Haunted Mansion reboot...
Posted by Honor Hunter at 11:57 AM

You left off two of the more intriguing projects for me - Terra Incognita and Johnny Depp's Don Quixote. I'm looking forward to knowing more.

Duly noted and thanks...

Will amend when back from the real world...

Of course - I've been wanting to blog this list myself so I'm glad someone's keeping track. It's been interesting...especially with the Alice 2 news today. There's also the one about the guy who relives his 5 worst birthdays. Could be an interesting few years.

You should not "pan" something for the simple fact that a girl is the main player and that it will cater towards a Twilight-esque audience.

This film is one of the few that is not a remake from the studio's already-squeezed-dry 80's. For that reason, one should show more interest.

I am not panning this, or any film because of girls...

I want good stories, I don't care if it's about men or women. But I am not a fan of the "Twilight" series, as it is one of the worst written, directed, and acted series I have ever seen.

The amount of money it makes doesn't mean it's quality, and the fact that it appeals to Young girls has nothing to do with my distaste for it.

Also Guardians of the galaxy is Marvel and not Dreamwork's animation. That would be Rise of the Guardians.

Yes, it isn't Dreamworks Animation's Rise of the Guardians, but Marvel's Guardians of the Galaxy.

I really, really, really, really wish someone would do the Dragonriders of Pern series by Anne McCaffrey. It's incredible, and would be a great "world" in terms of having different physical appearance, but the feudal lifestyle, the mystery surrounding the orgins of the planet's inhabitants, and (duh) the dragons would make for a great set of films!