Deeper Into The Grid... 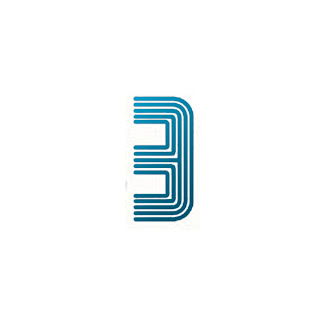 Walt Disney Pictures is moving forward with the franchise...

Tron Lives!  Not that it wasn't already in development.  But Alan Horn has decided to move forward with the sequel to the sequel.  It's been in development for a while.  David DiGilio (Eight Below) did the previous draft of the script, but The Hollywood Reporter's Heat Vision blog is reporting the Mouse has hired Jesse Wigutow to write the latest revision.  We don't know if it's a complete rewrite or a polish of DiGilio's version.  But the project is moving forward with a new writer and Joseph Kosinski still attached to direct the sequel.

Production on the sequel won't begin for months, presuming this draft of the Tron franchise is green lit, the earliest it will be shooting is late 2013/early 2014.  That means the release date for TR3N will likely be in 2015.  That's five years since "Tron: Legacy" came out.

Still, at least it's not twenty-eight years like between Legacy and the original...
Posted by Honor Hunter at 7:27 PM

why are they making another sequel? Did the second one make enough money? Did anyone like the movie at all?

It was a hit, but more of a modest one that Disney expected. That's the reason it's taken them this long to decide to go ahead with it.

This makes me very happy!

Won't happen. And if it does, please get someone who can direct or at least tell a coherent story. That last one and that dumb kids cartoon are AWFUL.

I think Disney is far enough into the boys' demographic for their liking. Now how about doing something for the girls that doesn't revolve around television?? Like, for instance, that Enchanted sequel?

The Tron sequel was terrible. One of those rare occasions where I was glad when the movie was over. Unless they get some fresh perspective on the "franchise" I won't even bother with another sequel.

I happened to have liked it. A lot, actually.

I think it's way better than the first one, which had a nice concept, but a horrid script. The dialogue alone was like listening to bricks falling.

Most people who suffered thru Trond legacy did not like it. Especially the cheap looking visuals.

All of you guys are smoking rocks...the movie was what it was a simple movie with graphics and simple storyline. What were you expecting? The Godfather? The reason the movie didnt make the money was because it was made 20-25 years after the first one and there was enough action but the graphics and the soundtrack were the sh*t. And tron uprising was cool too. I'm a huge fan of tron and I hope they make more. Stop being a bunch of haters!