Crazy like a fox, or just trying to pull the wool over our heads... 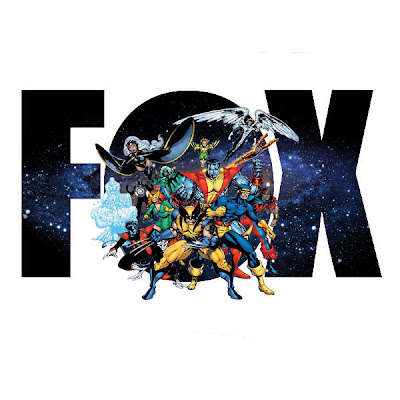 Fox's hired geek guru has been giving updates about the adaptations the studio are doing...

Mark Millar, 20th Century Fox's adviser on how not to screw up superheros has been letting the fan base know what is going on with the upcoming slate of films.  He had some interesting things to say about the recent and soon to be released films:

"Looking forward to: In 2013? Kick-Ass 2. There can be only one. Also buzzed about Superman and - the big surprise, I think - The Wolverine. The script is amazing and Mangold is such a brilliant director. Seen the first 10 mins and it looks like David Lean doing a superhero movie."


I certainly hope so.  A lot of the time it appears that suits don't really know how to handle these characters properly, and with the exception of Marvel Studios, they still don't.  Warner Bros. has had success dealing with only the Last Son of Krypton and the Guardian of Gotham.  All the other characters in their stable have eluded them.  Mainly, I believe, because they simply don't have an understanding of the characters, or how to translate them.

I certainly hope that Warner doesn't screw up Batman and try to reboot the project through a Bruce Wayne-less character.  It would show they've learned nothing in their quest to move these nuggets of gold forward into the hole filled by Harry Potter.

While I have some sympathy for the Fox Suits, I kind of wish that the rights to all the characters would just expire and revert back to Marvel and the Mouse.  They've shown that they know how to handle them properly; plus it allows for crossovers that don't get caught up in legalistic quicksand that prevents them from being part of the Marvel Cinematic Universe.  Seeing as how that isn't going to happen anytime soon, Millar offers a glimmer of hope that the next decade at Fox could be an exciting one:

"This the one that's going to surprise people. This and First Class were Year Zero for the Fox Marvel movies as far as I'm concerned."


Year Zero?  That's a bold statement to make.  Hopefully he's right, and not just towing the company line.  Being as it's Millar, I think he'll stay true to himself and not say things for the check, especially since he doesn't need the Benjamins.

I get what he's trying to say, with "X-Men: First Class" being a great reboot of the original trilogy of films (especially with the weak third film).  It was a film that showed great care with the property, while still moving it forward in the cinematic realm.  If "The Wolverine" turns out to be that good it could be a great thing for Marvel/Disney and even Fox.

Now, if they can get the "Fantastic Four" reboot working on the same level.  Here's a hint, Mark.  Have them go back to the original script by Michael France and Chris Columbus.  It was very well written, faithful adaptation to the comic that didn't come off like a bad family drama.  Use that as your inspiration, but don't redo the origin, unless you want to have it told in flashback using the opening credits.  There is no need to keep telling us the beginning again.

The future is far more exciting...
Posted by Honor Hunter at 3:37 PM