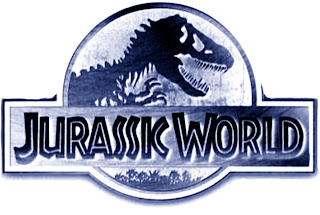 Well, the upheaval at Universal isn't the only news about the studio today...

If you hadn't heard, the sequel known as "Jurassic Park 4" is no longer known by that title.  It will now be known as "Jurassic World" instead.  Could this be so they can open up an entire theme park or resort (like Disney World, hmmm?) based on the property?  Not likely.  More probable, it follows the scripts narrative, which is co-written be screenwriter Derek Connolly and director Colin Trevorrow.

I've heard that the screenplay for this sequel departs quite a bit from the original three films.  How far we'll have to wait and see.  It'll be interesting if they can revive the franchise from the disappointment that was the last film.  I don't blame Joe Johnston so much as the producers accepting a subpar script to meet an opening release date.  If the original film was sixty-five million years in the making, that film could have used another year or two to get the script in shape.

The long delay in this film coming to the screen could be a good sign...
Posted by Honor Hunter at 7:33 PM

I don't understand the hate for Jurassic Park 3. IMO, it was far better than the disaster that was The Lost World.

I quite enjoyed The Lost World. Except for the daughter gymnast that was written in for Spielberg to give it cutesy scenes it was vastly superior to the original. Part three on the other hand was an utter mess. A total cash grab from the moment the screen darkened to the moment the lights went up.