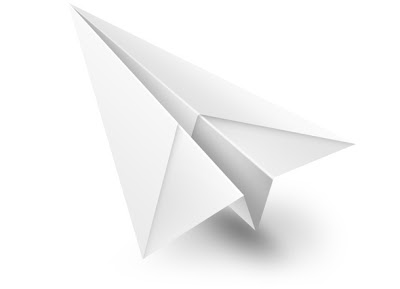 Everyone is panicking about several recent events that have happened in the past few days...

From Bob Peterson being removed from "The Good Dinosaur", which actually occurred a while ago, to the recent news about John Kahrs' departure from WDAS.  Some are frightened the wheel are coming off.  The halo around John Lasseter has swollen his ego.  The Disney Suits are squashing the freedom and creativity that putting John and Ed in charge of animation was intended to foster.  Is this true?  Is the end nigh?

Far from it.  In fact, moral at the Hat Building is very high.  The lay offs and rehires that used to go on rarely happen and the work flow is running smoother than it has in a decade.  The success of films like "Tangled" and "Wreck-It Ralph" have created a confidence that was missing for years.  The feeling that their younger sibling was was getting all the credit is no longer something you might hear in th cubicles around the departments.

And speaking of the younger sibling, Pixar is not crumbling because of micomanaging involvement.  The biggest concern for the Lamp, as well as the Hat, is story.  It has to work no matter how much you like the guy directing it.  If it's not working out, you have to find someone that can make it work. There are hundreds of jobs and hundreds of millions of dollars at stake.  Not to mention diminishing time.  John Lasseter goes with how he sees a project is progressing.  If it's not, after numerous attempts, something has to be done.  If the project can be saved, you have to bring in people to do it.  If the project can't be saved, then it will be canned or allowed to whither on the vine (see the article below this for proof).

So what about John Kahrs leaving Disney Animation?

It comes down to one word.  Slots.  With all the success that the studios are having, there are really only so many projects available.  And with all these talented people there comes a time when you have to move on and expand your wings.  And when you won an Oscar for Best Short there are going to be opportunities opening up for you.  There are only so many project at each company that need directors.  But there are other companies/opportunities out there.

John is simply one of those spreading his wings...
Posted by Honor Hunter at 1:59 PM

John Kahrs is a tool. Lasseter and Disney let him make Paperman when they had no moral or professional obligation to do so and once he becomes a success, he decides to leave the company instead of helping it and working on his a feature film for Disney. Wow, that's so profoundly ungrateful. Good riddance.

Tool? Hardly. He left because he wasn't getting to direct his own movie. THAT is why he's gone. Were he to get one now (which he wasn't) it wouldn't be seen till 2018 or 2019 at the earliest. Why not go somewhere where he can direct something now?

I am just thinking that with Disney being a media empire, encompassing so many media outlets including Films and TV, couldn't anybody within the company find something to do that will show off their talents?

Marvel has started on a TV series, isn't it about time Pixar (and in time Lucasfilm) do something similar?

Pixar already does shorts (CarsToons, Toy Story Toons) and specials (Toy Story of Terror) with their Pixar Canada division and Lucasfilm has (Clone Wars) and will continue tv series (Rebels).

That makes him a giantic tool in my book Anonymous Tool. He proposed an idea and Lasseter and company said no or 'okay but wait until 2018 or 2019' for it to be released, not greenlit, but released and so he jumps ship? What a piece of crap. Go join Dreamworks and make a crappy film that will come out in 2017. Wow, what a huge difference! Moron.

The Anonymous Commenter above who keeps calling Kahrs a tool, has it all wrong. How does the Company supporting your project, put you in their debt? He did Paperman for Disney, they showed it, he got paid, everybody's happy. That is the end of his obligation to Disney. He's not screwing them by leaving- had they wanted to keep him they could have. Maybe he'll go to DreamWorks, maybe he'll go to Sony. Chances are good he might wind up back at Disney eventually. If there's one thing Disney artists should have learned over the past 2 decades, it's "Don't get too comfortable". That means, look out for yourself, better yourself. Become a better artist, better filmmaker. That's what makes you a valuable commodity. Kahrs' left- great, now there's room for someone to move up and maybe do something great. But don't think for a second that if times were tough, Disney looks at your years of "loyalty" when the beancounters say it's layoff time.

Okay, give me a break about this short. It just... okay. The art and animation style of Paperman was very good and very Disney...ish. However the story lost me when all of the paper airplanes literally took on a life of their own to bring the two characters together. At that point it became contrived and disappointingly predictable (which is inexcusable for a short). Had the paper airplanes remained lifeless objects that were maneuvered and manipulated by wind and other airflow from circumstance (e.g the train's movement), then the story would been far more clever and charming. To me it was lazy writing. This shouldn't garner this much attention.

The story itself was a ripoff of a live action short made a couple of years before paperman. It's a cute cartoon, arguably worth winning the Oscar. But Kahrs leaving Disney had nothing to do with "slots." It has everything to do with those at Disney who don't believe he is capable of directing a feature. They're probably right.