Echoes From Echo Base... 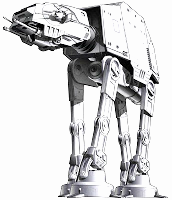 The success of ABC's "Marvel's Agents of S.H.IE.L.D." seems to be rubbing off on the Mouse…

While the show had an impressive debut, resulting in the largest audience for a drama in four years, the network and studio seem to be wanting to generate more internal content from all these acquisitions.  Remember that there was talk of a "Star Wars" television show for many years, and it was supposed to be a more mature take, a sort of "Sopranos" version of a galaxy far, far away reportedly titled: "Star Wars: Underworld".  But George Lucas and Rick McCallum squashed those fantasies with the reality of how much it would cost to make each episode (up to five million per episode).  Now with Disney's money behind it, many have hoped that those adventures might happen again.

From what I hear behind-the-scenes, Bothans are telling me that this is a good possibility. Although, it might not be the dark brooding adventure that was described. There is talk going on, but nothing definite yet as to what a new series could entail.  In fact, it may not even happen in the time it was originally set.  Again, preliminary talks are still going on so many things could change but right now there's a debate as to whether or not a television show would take place in between the Prequel Trilogy and the Original Trilogy, or should they go forward with a series that's between the Original Trilogy and the Sequel Trilogy.  This way they could play on the new mythos this new trilogy is creating.

Really right now it's just batting ideas around and seeing which ones work and which ones they want to pitch to the network.

They might still go with the "Deadwood in space" themed setting, but being as it would be on ABC it is unlikely that Disney would want it to be that dark. Not that they would want it to be for the little ones only, they just have a brand to protect and don't want to go too far outside it (it's a four billion dollar investment after all).  Kind of like a television version of in the movies Disney really doesn't want to go beyond PG-13 (R's are out of the question as it's kind of a family company).  But the narratives being discussed right now go back between making a series out of the stories they originally got written which will be set at the dawn of the Empire, or creating a whole new set of adventures after the destruction of the Galactic Empire set at the dawn of the New Republic.

Alan Horn and Bob Iger will likely weigh on on this but it will all be up to the decision of Kathleen Kennedy as to what direction they decide to go.  ABC wants to work with Lucasfilm and has had preliminary discussions on creating a series for the Alphabet Network.  Nothing is likely to be done before next year since the "Star Wars Rebels" and the ramp up for "Episode VII".  But if the brainstorming leads to a story they want to present, things could move faster .  I believe that Kennedy already has a lot on her plate and wouldn't expect to hear anything about a live-action till 2014 at the earliest.  In fact, I believe they want to get the Sequel Trilogy going before setting too big a foundation in television.  But this is Hollywood.  This is the entertainment business and rules don't always apply.

Sometimes magic happens when you least expect it...
Posted by Honor Hunter at 8:30 AM

It's only been one episode for SHIELD, and it wasn't any good.

If the new Star Wars is going to be as goofy, cheesy and filled with bad acting as SHIELD is - no thanks.

Now that's exciting news. Disney has a lot of excellent properties under its belt and I think it would be a great idea to expand their presence into TV with Marvel, Lucasfilm, and perhaps more. They've done a lot with cartoons - various series spun off their animated movies - so they have some experience with that sort of thing. Personally, I enjoyed the SHIELD pilot, so have hope for the rest of the series and would be willing to extend that same hope for a quality drama TV series for Star Wars too. :-)

A Star Wars series could be great.

One idea: set it far outside the prequel, original or sequel timeline. I'd love to see something set in the past - around the time of Knights of the Old Republic or even 1,000 years prior to that. Writers would not have to worry about continuity - just get in there and tell new stories with new characters. Can you imagine what it would be like to see early-day Jedi having adventures in new planets and situations. Writers could really let their imaginations run wild with great new stories and characters unrelated to the Star Wars we already know.

"Star Wars: Underworld" like with vampires and werewolves? I would love to watch it especially if it starred Kate Beckinsale

Overkill. should not be done. Star Wars everywhere not a good idea. It's the same thing when superheros fall out of favor because of over saturation and another genre takes over Hollywood. I will hate to say Toldja.

Get Marc Okrand to work up enough of a Wookie language so that Chewbacca is more of a workable character than a 6' tall Alf.

I heard on the radio this morning that the viewership numbers for the second episode were down 35%. This doesn't surprise given my own tepid response to watching the first episode. The show has potential, but it also had a LOT of flaws. I expected better from Whedon.

Various series spin-off animated movie - they - you've done a lot in comics because they have some experience in that sort of thing. Personally, so I'm enjoying the SHIELD pilot, it is not willing to have a hope for the rest of the series, to extend the same hope of quality drama television series Star Wars too.

Wow...a Star Wars series is something I think millions of us have been waiting for for such a long time.