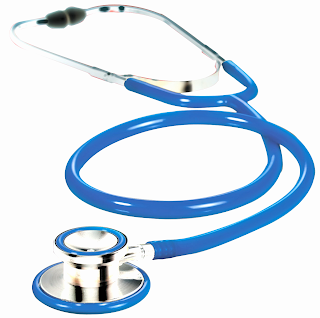 Casting the right actor to convey in body, mind and presence is essential to getting not only the character right, but the story as well.  Such is the case with characters that have rich histories like Doc Savage.  Although he is not as well known as Superman or Batman, he is as much of a cornerstone of Twentieth Century pop-culture.  He is not only as important albeit less known, he is the inspiration for those characters.  Parts of Superman come directly from this pulp hero (just as the Shadow has elements that went into Batman).

There are only so many actors that would be able to portray The Man of Bronze.  So I thought we'd look at a few (the few) that could play this character well, but also do justice to him.  So what does he look like?  Who is he really?  Here are several actors that Blue Sky believes would go along way toward creating a believable adaptation of one if the last century's first super heroes.

Chris Hemsworth - If you want to cast from the James Bama interpretation of the character them Hemsworth would fit the bill.  Yes, I know he is known for playing another famous pop-culture creation, but if Harrison Ford can be both Han Solo and Indiana Jones, then this actor can be both the God of Thunder and the Man of Bronze.

Armie Hammer - Another very good actor with the size (Hammer is actually taller than Hemsworth at 6'5" to Thor's 6'3") to play the character.  Hammer has shown that he can play a goodie two shoe before, let's just hope they don't make fun of the character like they did with Kimosabe.  But Black appears to understand Clark Savage Jr. and if Armie Hammer got the job he would have excellent direction.

Alexander Skarsgard - If you 're not going the James Bama route and focus in the classic 30's look then Skarsgard might fit the bill.  Maybe he doesn't display the hulking presence of those Sixties reprints, but he carries the intelligence and intensity needed to make the icon believable.

Joel Edgerton - A much lesser known actor, Edgerton would carry a smart presence reflecting the calm authority of a man trained to be a perfect man from childhood.  While not as well known as others, Shane Black may have to use some of his newfound power if he goes with a lesser name like Joel Edgerton.  But getting the right person for the role doesn't mean that this actor wouldn't make an interesting choice, and the right choice

These are by no means the only choices to play Doc Savage, but they are an example of how to cast the role.  Knowing who will play the pulp figure will give us a look into the world that Shane Black is working to create.  That world is buried in the pages of many adventures that have been going on since the early 30's.

I can't wait to visit it, and welcome it to a new century...

Hat Tip to Paul Malmont for his pulp perspectives.
Posted by Honor Hunter at 1:26 PM