A Few Months Ago In A Galaxy Far, Far Away... 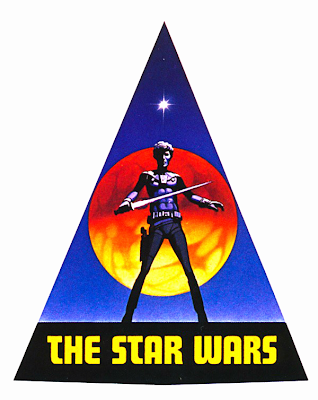 So the earth shattering news is that "Episode VII" moves quietly forward...

It appears that after almost a year working on the next Star Wars, Michael Arndt is stepping away.  J.J. Abrams and veteran Lucas collaborator, Lawrence Kasdan are taking over screenwriting duties.  Some will take this as a sign of doom while I take it as just building on what has already been constructed.  Remember that Leigh Brackett's script was tossed out and Kasdan was brought in to fashion the best chapter of the series.  That is another reason I'm not worried.  This man wrote "The Empire Strikes Back" and the Greatest Film of All Time.

Here's the official press release from the Mouse's Lucasfilm division:

As Episode VII continues pre-production, Lawrence Kasdan and director J.J. Abrams have assumed screenwriting duties for the film. Kasdan, who has been serving as a consultant on the film, is a veteran of several classic Lucasfilm productions, writing the screenplay for Raiders of the Lost Ark and serving as co-screenwriter for The Empire Strikes Back and Return of the Jedi. Acclaimed director and screenwriter Abrams’ credits include Super 8, Mission: Impossible III, Fringe, and Lost.

“I am very excited about the story we have in place and thrilled to have Larry and J.J. working on the script,” states Lucasfilm President Kathleen Kennedy. “There are very few people who fundamentally understand the way a Star Wars story works like Larry, and it is nothing short of incredible to have him even more deeply involved in its return to the big screen. J.J. of course is an incredible storyteller in his own right. Michael Arndt has done a terrific job bringing us to this point and we have an amazing filmmaking and design team in place already prepping for production.”

Shooting is scheduled to begin Spring 2014 at Pinewood Studios for an expected 2015 release.

Of course, this delay could mean the release date will change to the holidays meaning that light sabers will likely battle big blue smurfs (possibly Episode VIII at least).  Which doesn't bother me at all.  I care that that get the story right.  If it's December instead of May, I'm happy with that.

It'll be a really wonderful Christmas gift...
Posted by Honor Hunter at 6:15 PM

I agree. Any delay is fine if they don't screw up the story... as far as going up against the Smurfs - I think the Smurfs should be more worried.. Star Wars has a bigger built-in audience that are going to see it no matter what.