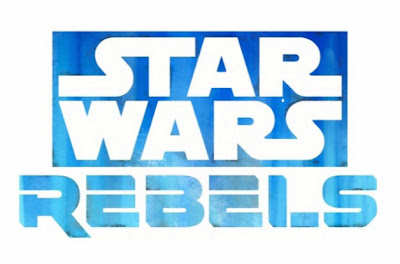 So we now have our first look at this nasty Rebel Alliance...

By now I'm sure you've seen Lucasfilm's teaser(really a micro-teaser) for "Star Wars Rebels" that'll premiere on the Mouse's Disney Channel next fall.  Hopefully most fans won't be disappointed in its shortness. You have to remember that this thing is just being animated right now and not much is in a fished enough state to show.

We probably won't get a decent trailer showing the narrative until the beginning of the new year since there is so much to animate.  It doesn't mean that we won't get news. In fact, I think will be seeing artwork and character designs before you know it.  I've heard impressive things about the designs of the show.  Really looking forward to watching it unfold piece by piece, rebel by rebel, ship by ship.

The Force is strong with this one…
Posted by Honor Hunter at 7:55 AM

It will be on DisneyXD

Yes the show will be seen on Disney XD, but the one hour premiere will shown on the Dianey Channel. After that, it will move over to XD for he rest of the series.

Oooooh. If they have as good of script writers as the previous SW animated show, I'd say this could be excellent.