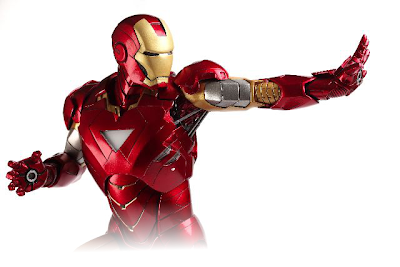 The world now has an announcement for the Mouse's first marvel...

I mean Marvel.  There have been many things proposed, many thing cancelled, and many things reworked.  The first thing that could have been announced posssibly earlier this year was a Stark Expo type of experience where Innoventions now resides.  But the late purchase last year of Lucasfilm scuttled those plans in favor of something else (I bet you can guess what with).

Now, via the Wall Street Journal, we find out that China will get the first Marvel attraction: "The Iron Man Experience".  Hong Kong Disneyland precisely/specifically, that is.  The attraction seems to share parts of what was to go in Anaheim, but not all.  There have been rumors of an entire land, but budgetary issues and the economy seem to dictate that's not in the cards near term.

The ride will be built in Tomorrowland with an opening set for 2016.  It'll be a simulator thrill ride akin to Star Tours, but with newer technology.  But in less than three years the Chinese will get to enjoy Iron Man saving the Hong Kong skyline from evil foes bent on conquering the world - Asia first.  Too bad they didn't go with the Baxter Building Experience.

Well that could come later, or elsewhere...
Posted by Honor Hunter at 11:33 AM

I'm sad to hear that Hong Kong gets this first, but I suppose I can find it within myself to share some of the 'get-it-first' pleasure with Asia. I have to admit that I wish they weren't doing a simulator ride, since they're not my first choice, but Star Tours is such a great classic, that I'll hope for similar quality for the story. And I'll also hope that this is just the tip of the iceberg!

What newer technology are you referring? Star Tours II has 3D, all digital screens, and random sequences (although I seem to get stuck with one sequence that matches the Youtube uploaded version). The announcement seems like a disappointment for two reasons... Star Tours is old technology when compared with Universal's Spider-man, yet we can say Transformers seems old when the technology is used twice. The second reason is swapping Star Wars for Iron Man is not much of a difference.

This leads me to ask, if Hong Kong gets Marvel in Tomorrowland, can Epcot get "The Incredibles" in the discarded "Body Wars" ride in the closed Food Pavilion. Bring that ride out of mothballs. Swapping Iron Man for The Incredibles seems almost inspired and LEGAL.

A simulator ride doesn't thrill me. Frankly, it sounds rather predictable. Let Hong Kong have it. I'd thought there might be something more substantial for Iron Man. Maybe next time for Disneyland or California Adventure.

From some other info others have provided, the old Body Wars simulators are being used for this ride. Doesn't seem like the tech will be newer at all.