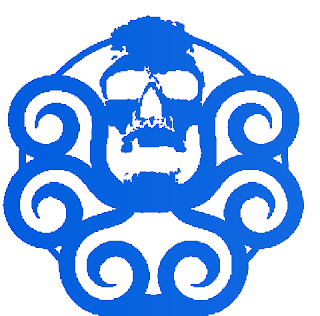 The ultra, super-secret, global espionage organization known as S.H.I.E.L.D. has many missions and many threats, but who is the nemesis of the new television series?  When the series began it was thought that the hactivist organization known as "The Rising Tide" would develop into the primary threat, but that has not happened.  Tide has turned out to be, so far, the Marvel Cinematic Universe equivalent of Greenpeace/Anonymous.  Essentially a group with an agenda, but not a worldwide threat to freedom.

So who is that threat?

Who is the group that is researching the Extremis Serum? Who is the one distrubuting the Centipede device; with shadowed individuals searching for a way to create more super soldiers.  Could this be a newly active A.I.M. under mysterious leadership after the death of Aldrich Killian?  Might possibly the Mandarin actually have been the real leader of A.I.M.?  Was he a brilliant deception, not only playing the "out of work actor "Trevor Slattery", but actually playing the actor playing the actor?  In which case the Ten Rings would/could possibly be the organization behind Advance Idea Mechanics.

We all know that the show AOS operates in the Marvel Cinematic Uuniverse. And we also know that Sir Ben Kingsley has filmed a secret project for Marvel, possibly one of their One Shot films.  Were he to be revealed to actually have been the Mandarin then that would open up opportunities for the organization in the television show. Either A.I.M. or the 10 rings could wind up being an organization if the upcoming short/project that Kingsley filmed reveals this aspect.  Just a unlikely possibility, but an interesting one.

Then there is the other possibility.

Could the organization behind all this be Shields ultimate threat: HYDRA?  Let's face it, in the world of pop-culture G.I. Joe has Cobra to contend with, and in the Marvel universe Shield has Hydra as it's foil.  Could the organization behind all this, and much of the activity in Ironman 3 actually be Hydra?  It may have been working behind the scenes all these years without the world knowing it.   Having failed at taking World War II from the Allies and the Axis, perhaps it sought a more stealth route to power?

If it's tentacles have been working silently to strangle the world could we see one of its many leaders surface in the series?  Will we see, say Baron Zemo, Commander Kraken or Madame Hydra show up on the show, or are they reserved for the films, presuming Hydra shows up within the present day MCU.  Will then they be based on Hydra Island ?  All manner of comic geekiness would then explode.

If not these groups what about a variation of Zodiac?  They've already played a role in Shield's past in the Marvel One Shot: "Agent Carter".  Perhaps a strain of the organization survived into the modern world?  Another group to not rule out would be the Masters of Evil as they are an Avenger villain group.  If they're an enemy of Earth's Mightiest Heroes then they could be an enemy of the Agents of Shield.

There are several great organizations that can't be used unfortunately.

Disney may own Marvel, but the comic company licensed out their rights to several properties that prevent the Marvel Studios films/television shows from using them.  Anything related to Spider-Man, X-Men or the Fantastic Four are off base.  No mutants.  So the chance of seeing the Hellfire Club are nil.  With the Web Head out to Sony there would be no sightings of the Sinister Six.  Without Reed Richards and his associates no Galactus and no Victor Von Doom.

Or does Agent Coulson and his crew have another, unknown force to reckon with?  One not seen in the comics?  I would doubt this simply because there are so many villains and threats in Marvel's catalog to be used without having to create entirely new ones.  The opportunities are there waiting to be opened.  Of course, this is all speculation and could turn out to be fanboy ravings.

At least that's what Hydra told me to say...
Posted by Honor Hunter at 1:24 AM