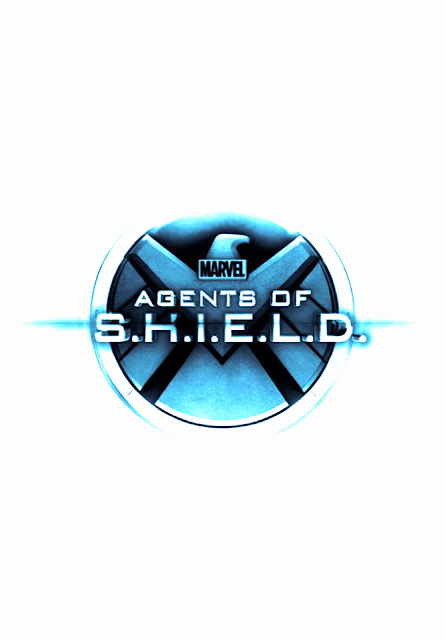 Marvel's first foray into the small screen continues to unfold...

Three weeks and three adventures out and "Marvel's Agents of Shield" is slowly evolving into another Whedonesque narrative.  Almost all Joss Whedon's shows start off slow and cautiously adding layers of character and plot; building a story-like snowball that rolls down a mountain gathering momentum until it crashes into what becomes the season finale.

It took me till season two of "Buffy the Vampire Slayer" to finally become addicted.  By the fourth episode of "Firefly" to need my fix of that series (my favorite Whedon show, "Objects in Space" was a great, sadly last story for the Browncoats of Serenity).  Something like "Dollhouse" took till the second season to grab me, although I feel it never found its true footing.

MAOS' Pilot started off setting the table in an intriguing world filled with pretty, bland characters that I wanted to like, but who seemed too distant to care that I cared.  The second episode "0-8-4", moved us out of the confines of New York and pushed the characters out into a broader world.  And it teases that there might be something to care about after all.  In its third episode "The Asset" appears to finally make me care about both the agents and the story.

And the story not only had double the villains, but also an origin issue of a super villain: Graviton.  I hope this means we'll have another episode featuring the repercussions of this one.  The character of Skye finally finds a purpose and chemistry with Ward starts to take affect (but he needs to unwind a bit to let us in).  The locales and globe trotting have continued to expand the perception of the reach of this super secret organization.  So the show is starting to grow on me after falling short of its huge expectations.

But is it good?

Or perhaps a better question would be: "Is it what I expected?"  The show is not perfect, but as long as it grows and gets better I 'll keep watching.  There are problems witht the show.  For one, the fights are badly choreographed (Buffy's were much better realized).  Bring in some choreographers to spring the fights to life and edit it a little tighter for the action, please.

Also, I know it's a television show so the budget is limited, but couldn't they have a couple of matte paintings/digital shots set up to show us what they're talking about?  The villain's Malta resort is shown on medium shots and we kept hearing the Shield Agents talking about how big it was.  Didn't buy that.  How about an establishing shot showing a ginormous structure to add to the believability?  It would help to show the expanse of this world.

The characters were stiff in the first episode, but have begun up loosen up each outing.  This is good and if it continues that'll help myself and the audience go from liking to loving the crew aboard the bus.  I do find it interesting that each episode teases what happened to Agent Coulson.  I hope they don't reveal it too quickly and expect they won't.  My own thoughts are that Coulson is the product of a Petrie dish.  He's a clone or some variant thereof implanted with the memories of the dead agent of The Battle of New York.  And then I wonder/dream that the eco-terrorist group The Rising Tide will be revealed as a cover group for HYDRA.  Don't worry, I won't be hurt if I'm wrong.

But I do like wandering around in a world of super heroes.  It's fun watching how the governments of the world react to their existence.  I also get a kick out of seeing an idealized organization made up of good intentioned government workers working for a benevolent bureaucracy.  Only in Hollywood (and comics, I guess) could this exist.  It does come from a company that is known for telling great fairytales.  And I happen to like enchanted dreams.

I look forward to each episode of this show praying it doesn't turn into a pumpkin after midnight...
Posted by Honor Hunter at 3:52 PM

Okay got that out of the way.

I have two main issues with Shield, and while I really really REALLY want to like the show, I'm beginning to worry that it's just not happening.

The big one is Skye. The plot is clearly about Skye's journey. Her travels from being a random nobody to an Agent Of SHIELD, and the trust issues (and other issues) she has to overcome on the way.

The problem is she's... she's just the worst. She's full of unearned arrogance, indifferent pouty-ness, and pride in ignorance. In the hands of a better actress we might be able to play this as her tough front but in this show? The most you ever get is her moping and saying "I can do stuff too."

The thing is she's supposed to be some raised-on-the-streets super hacker. She lives out of a van right? For all that to be believable she needs to be about 100 times harder and more savvy than she is. The role is played like a Cheerleader when what we really need is Lisbeth from Girl with the Dragon Tattoo.

Think how much better Skye would be, doing the exact same things, if her character was more of the damaged, hard, brilliant, self sufficient Lisbeth? Suddenly the "I cracked your code with my laptop" becomes believable. The lack of trust comes from legit and apparent scars, instead of what appears to be little more than 'occupy wallstreet' type rebellion.

Which leads to the 2nd problem with SHIELD. Lack of characterization. There hasn't been one moment that gives any of their characters depth that wasn't pure exposition. "I ate my brothers cake so he beat us" "I was an orphan." Pure exposition and sad music don't make me believe these characters' pain and background. Particularly when there is absolutely nothing else they do that backs it up. Skye's abandonment issues are TOLD to us, we never see her act on them. There hasn't been one moment equal to the 5 seconds of Jayne Cobb kneeling down looking over poor gutshot Kaylee in the Firefly pilot in 3 hours of TV, and I'm beginning to feel that there never will be.

^^
Good points. I'm still having a problem focusing enough to actually go to the program. I already have my favorite shows, and unless AOS provides something that draws me in (pretty quickly), I won't wait around when I DO find the program.

Dave, those are the same issues that I had with the show. This character looks (and acts) like she just walked out of a make-up trailer, not an old van that we are supposed to believe that she lives in. Lazy writing, uninspired directing directing and (mostly) poor casting. Marvel by way of the awful Revolution. Give me a break