Pirates of the Caribbean: Black Flag... 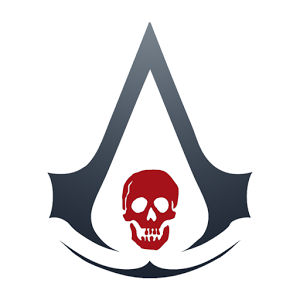 I've loved pirate adventures since I was old enough to hold a toy sword...

Honestly, I believe my first experience with pirates was the "Swiss Family Robinson" film with my mom and uncle.  Followed by watching and then reading "Treasure Island" as an adolescent.  The ultimate experience of riding Pirates of the Caribbean in the Magic Kingdom at Walt Disney World.  I remember seeing old pirate films on cable growing into my adulthood.

In college I read the screenplay for the remake of "Captain Blood" that was to star Alec Baldwin when he was at right age with the right amount of buzz to star in it.  The adventure and excitement of being a pirate and sailing into the unknown with the chance of finding treasure was so alluring.  An aquatic Indiana Jones type of adventure almost if you think about it.

So when Disney announced that they were going to make a film adaption of their famous attraction I was both excited and worried about how it would turn out.  And when I saw it, I loved it.   I even like the slow, heavy layered story, but visually exciting sequels (the second was good, but overblown, and the third was bazaar and filled with bloated fun, the last one was simply an experiment carried too far in the wrong direction).

And then they began videogame adaptations of the films.

And most of what Disney Interactive came up with was disappointing to uninspired; a collection of mediocrity, with the exception of the Lego game.  It seems all Lego games are fun or at least playable.  From the original Pirates of the Caribbean: Curse of the Black Pearl for Gameboy to the Pirates of the Caribbean Online game, nothing was inspired, everything was average to unworthy.  With a franchise of so much potential, nothing was worthy of the film(s) they were trying to exploit.

Sounds a bit like Lucasarts with Star Wars doesn't it?

And then there was Pirates of the Caribbean: Armada of the Damned and Pirates of the Caribbean: Master of the Seas.  Monumental games with hugely ambitious goals.  Put together by teams that were filled with disfunctional supervision and divided goals.  The companies that we're doing these games were not up to the task of such an epic scale.  Studios like Naughty Dog and companies like Electronic Arts should have done these, not the middling companies that Iger acquired as part of his digital strategy (still his greatest error as CEO).

So it looks like we'll never see a great Pirates game.

But it seems we will.  But it's actually not a Pirates of the Caribbean game, and it's not even made by Disney Interactive.  It's made by Ubisoft.  And if you want to see what a POTC game could/should have been, this is it: 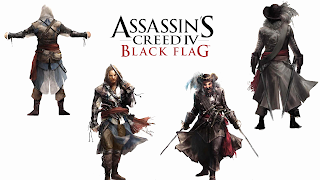 For anyone wanting to see the potential of what could have been, or someday might be, then check out the latest trailer for it.  Or check out the reviews and you'll know that it is possible to make a pirate game worth playing.  And therein, worth purchasing.  Are you watching Disney Interactive?  Here is solid proof that there is treasure out there if you care to find it.

You now have a map to find that treasure...

To be clear, the game "Pirates of the Caribbean Online" had a game-inspired petition lasting nearly an entire year to which a total of 50 (key) Disney and Disney Interactive individuals were contacted with the hope of "reviving" the game. Despite the gain of over 3,000 players whom supported the petition, no official response was ever received by Disney/Disney Interactive. http://revivepotco.org/