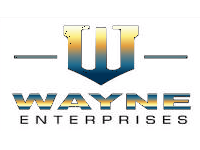 Looks like Batman will be looking for a new Batcave...

It isn't too surprising with almost every other part of DC Entertainment in California along with Suit/Creatives Geoff Johns and Jim Lee already West Coast planted.  For those that haven't heard or didn't care, DC Comics has announced it is moving out of New York City.  Burbank, California will be the new home of the famed comic company.  This also happens to be the home of the company's owner, Warner Bros.

The plan is a gradual one which won't be completed until 2015.  We don't know how creative decisions will be affected by hue change.  Will Superman tanning himself in Malibu make him less likely to travel around saving lives?  Inquiring minds want to know!

Here's the internal e-mail that DC Comics suits sent out to their employees explaining the decision:

As I hope you know, I and the entire DCE exec team work hard to offer transparency about as much of our business plans and results as we possibly and responsibly can.  In an effort to continue to do that where possible and to ensure you are hearing news from us, rather than a third party, I am proactively reaching out to you this afternoon to share news about our business.

I can confirm that plans are in the works to centralize DCE’s operations in 2015.  Next week, the Exec Team will be in New York for a series of meetings to walk everyone through the plans to relocate the New York operations to Burbank.  The move is not imminent and we will have more than a year to work with the entire company on a smooth transition for all of us, personally and professionally.

Everyone on the New York staff will be offered an opportunity to join their Burbank colleagues and those details will be shared with you individually, comprehensively and thoughtfully next week.  Meeting notifications will be sent tomorrow to ensure the roll out of this information and how it affects the company and you personally.

We know this will be a big change for people and we will work diligently to make this as smooth and seamless a transition as possible.

I'm wondering where Bruce Wayne's new West Coast digs are...
Posted by Honor Hunter at 9:25 AM

Tony Stark's current address at Malibu is empty and he maybe moving to Stark Tower in NYC.

Maybe Bruce Wayne can take over and build a new Wayne Mansion there.