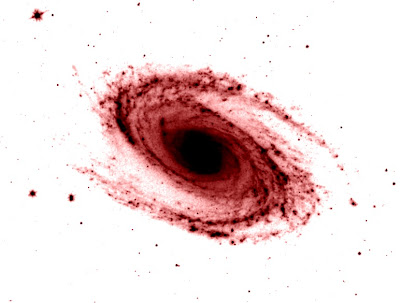 Not everything that starts out in the Hat Building always makes it out...

Just ask the creators of "My Peoples", "Musicana", "Hare in My Soup" or a number of orher animated films/shorts that started out blasting off the creative launch pad only to crash and burn years down the line.  But when projects die at Walt Disney Animation Studio, it's more like a slow, cold, isolated death.

There is usually no person to come in and tell you it's over and you're let go.  The words: "You're Fired!" rarely come out of the suit that's been avoiding you.  Instead, it's the loneliness of working on something that will never be seen.  It's the calls that aren't returned.  Or maybe the meetings that can never be set up.  The silence of walking down the hallway after working all night trying to get the kinks out of the story you've been working on for months, or years on some projects.  Such is the case of projects that just aren't working out, or of a creative falling out with the ones above you.

That appears to be the case on Dean Wellins "space race" film.  It was an attempt at something daring, but each passing version of it has fallen further from its goal.  While the film isn't dead, it is in the process that films go through before they fall off the chart as its creator moves on to another project or another studio.  No recognizable advancement has happened on the story for some time now.  It's moved further down the line as each project that is in better development moves ahead of it.

This shouldn't reflect badly on Dean.  He's a great animator and compelling storyteller.  Sometimes even a good idea can't find it's way out into the world.  It took "The Snow Queen" many years and several directors to make to the point someone was confident enough to green light it for production.  And even then, "Frozen" will bare little resemblance to the Hans Christian Andersen story, much less the first reels of the original animated version.  Sometimes stories move beyond their creators, and their creators simply move on.

There might be a story breakthrough on it.  There is time with so many films already in front of it.  But time isn't the main problem, story is.  While the project began like "Big Hero 6" as a story unlike any typical Disney animated film.  The Marvel project has moved forward, the adventurous attempt to capture Millenials with a tonal story involving science fiction, outer space and teen racing hasn't.  At least not enough to advance closer to production.  Several projects that were proposed after it have moved in front of it.

Hopefully this race doesn't get cancelled...
Posted by Honor Hunter at 8:15 AM

Too bad. This sounded promising. Hopefully the story kinks are worked out. Wellins is so talented, I'd hope Disney doesn't loose him.

Honor, can you tell us now the title of this project?

Even if it had just tentative one, it's better to call it by its title than refer to it as the "untitled dean wellins space movie"

Does that mean Dean Wellins will be leaving the studio?

By the way, do you know why John Kahrs left Disney?

Wellins is a competent animator and board artist. But I think Disney's being very careful more than ever about who they choose to direct feature animations. Probably also why Jon Kahrs left.