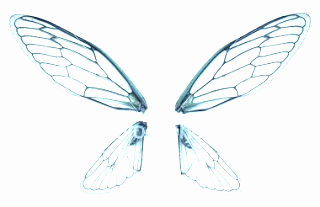 It's a story that Gary Rydstrom is telling, and it might involve tiny creatures with little wings and magic.  Now, Disney and Lucasfilm have to keep things legit, they have to make sure it's all legal.  So when a company wants to claim something as part of its intellectual property, one of the things they do is copyright it.  Well Lucasfilm recently copyrighted a new name for something that it's working.

There was also the mention of something with "Big Rock", which might translate to an area of Skywalker Ranch known as Big Rock Ranch.  One of the interesting things about the location of this area of the ranch is that it is where Lucasfilm's animation department worked on "The Clone Wars".  Could they be working on some other animated project there?

If you want to go further into the Pixie Hollow then you have to examine what is a Primrose?  Does it have anything to do with this mysterious project supposedly about fairies.  Well, for those that don't know, a Primrose is a flower in Ireland and Wales.  It is known as the "fairy flower" and it's supposed to have mystical properties that can grant someone the power of invisibility.

Is this the name of Lucasfilm's secret animated project?  Could it involve Irish/Welsh fairies with some aspect of invisibility?  I honestly don't know.  But Lucasfilm copyrighted the name for a reason.  They're currently working on a film about fairies.  Perhaps, that's the reason?

Not particularly new news. It's a fairy tale musical that's been in the works for a decade. And it's on it's 3rd or 4th director, and likely equal number of producers. If it ends up like Red Tails or Rango, it's sure to be another box office flop.

I believe the news Honor was reporting was that the name might be known now.

In which case it is news.

Since all we know or suspect is it's a untitled fairy musical from Lucasfilm this is an interesting bit of news.

The title, along with other info, has been reported elsewhere before. Months ago. But spreading the info on fanboy sites like this is fine.

Really? I've googled it and found nothing about the name accept what Blue Sly is reporting. Can you provide links to these "other" places? Or do you just take fun in trying to insult "fanboy" sites?

Its interesting that you mention Ireland and Wales in particular as it's not at all limited to those areas. It's common in England and Scotland too, and in other parts of Europe as well.