First Time In The Middle...

What a grand adventure we are about to partake... 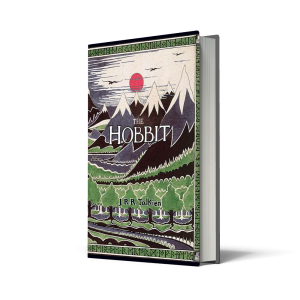 Seventy-five years ago today the world made its first journey to Middle-Earth...

On this day in 1937, J.R.R. Tolkien released a small run of a children's book, based on stories that he had told his four children.  It was an instant classic.  It was an instant hit, and sold well beyond his wildest dreams.  The public and his publisher naturally began asking him to write a sequel to the story.  And Tolkien slowly started working on the sequel to his fantasy tale.  It would take him seventeen years from the publication of that book until its sequel.

And that book would be an epic tale that was no children's book.  A book so big that it would have to be divided into three parts, and released over time so that the public could slowly digest the larger world in which he was introducing it to.  Over the years this book/books began to overtake the original in the mind's of the public.  It became more known and popular than the original: something that rarely happens to a story that was so universally loved.  But it's still a classic tale by which all modern fantasy is judged today.

Happy Birthday to "The Hobbit" for the world it let us all walk inside...
Posted by Honor Hunter at 6:24 AM

This book actually feels like a "small" story compared to Lord of the Rings.

It did not "need" to be divided into three movies. One would have suited the narrative just fine. The three-film decision was just greed on the part of Peter Jackson and Warner Brothers.