Deck the halls, just not before November... 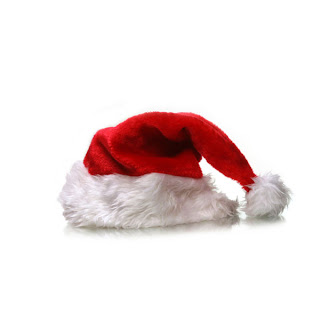 The Holidays are the best time of the year in Disneyland, but not everything goes according to plan...


No sooner had the digital ink dried on our post about the decorations for Halloween than the Suits and higher-ups in Disneyland Entertainment decided to put a halt to the theming for this year.  The plan to slowly add layers of theming to the park, particularly Buena Vista Street and Cars Land is still on, but this year, since most of the prep has gone toward Christmas, the plans were scrapped.

Apparently the minimalist plans for the front entrance and Radiator Springs were too minimalistic.  They will add more and more detail to the holiday theming, but the Suits wanted to have a bit more for the areas and not look as though they were skimping.  They actually start planning for these things almost a year ahead, and the main plans have always focused on Christmas, with much less on the Halloween decorations.

It was determined that the focus for DCA's rebranding shouldn't have anything that looks as an afterthought, so the designers are hard at work focusing on a grander, more elaborate and period themed, spooky decoration extravaganza for 2013.  Fear not, it'll be grand, but it won't be here this Halloween.

Now, with that done, the Christmas decorations over in Buena Vista Street and Cars Land as well as other areas are going to shine.  You will truly walk back into a 20's/30's Los Angeles during the winter holidays.  The way Walt would have celebrated it, had you been around to see it.  The music, decorations and characters are going to make DCA a place to be.  California Adventure was never in competition with Disneyland over the past decade during X-Mas.

This year, that will not be the case.

The garlands, lights and music when you walk down that early 20th century street way toward the beauty of the Carthay Circle Theater will take you out of the problems of the modern world and pull you into a nostalgic view of what this great city could have/would have been like at this time.  That circular area in front of Elias and Company?  That's where the new Christmas tree will go, all bright and lit up to stun guests.  Walking into Elias, you'll get the feeling you've entered an early Macy's store, complete with a display set up for that jolly old man himself.  That's right, Santa will now be located inside the main store on BVS, instead of being in that little gazebo on Paradise Pier.  It will evoke a very Macy's Christmas feel and Mr. Claus will have plenty of elves around him to greet kids young and young at heart.

Cars Land will have a toon themed Christmas that could only exist in a world populated by cars.  The theming will correspond to each character and how they celebrate this holy holiday, from Mater, to Filmore, to Lightning.  Everyone will have their own decorations.  And wait until you see how Radiator Springs musically celebrates the holiday with the entertainment offerings.  Walking down the Mother Road with the songs playing and the decorations surrounding you will be accentuated by the color theming of the Cadillac Mountain Range as it envelopes you and creates that Yuletide feel.

The rest of the park will have decorations as well, but not to the degree of these two new lands, but the plan, as was the Halloween plan, would be to add more and more detail to the other areas of the park as the years go by.  World of Color will help ring in the holidays as well, but the planners have not yet decided if a pre-show celebrating the holidays or the full out Christmas themed show that some creatives want.  But DCA will be a memorable alternative to the original park this year.


It won't be an afterthought as guests will finally have a choice for their holiday experience...
Posted by Honor Hunter at 10:06 AM

I know it's not a Disney property, but I SOOO want there to be "A Christmas Story" attraction, considering the theme. How great would that be? "You'll shoot your eye out, kid!"

I don't observe Halloween and Christmas, but do not oblige those who do at all. The only disappointing thing to me is how early the observances of each and other holidays are getting.

It seems that Halloween begins in August, Christmas on November 1 (if not much earlier), and Valentine's Day (another holiday I do not observe) begins on December 26.

I used to really enjoy the lower-crowd times between when school started and Halloween arrived, and also the time from November 1 through Thanksgiving -- a holiday I do in fact observe and tremendously enjoy which now seems to be an afterthought in our culture. Similarly, the more universal holiday of New Year's Eve has also been minimized.

Oh well, at least I have Independence Day on and around the 4th of July. I did enjoy all the patriotic bunting very much. The first three months of the year or so (before spring break) are also full of wonderful times without large crowds.

Sorry to be so Bah Humbug, but I wish Disney would continue to observe these holidays to the fullest, but with the holiday celebrations (and their merchandise displays) staying somewhere around their actual observances.

Sounds awesome. I can't wait to see Buena Vista Street and Cars land all decked out.