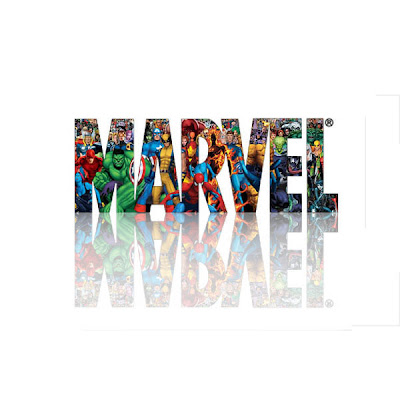 A while ago we focus on what lesser known comics DC should be made, now we go the Marvel Way...

If you remember reading Blue Sky's post "Five Comics DC Should Make Into Films," you'll remember I said that we'd do a Marvel post on the subject also. Well, this is that post. Marvel has thousands of characters that can be used/exploited in many forms of media/television/film/Internet/merchandise. But deep within the catalog of characters like Deedpool, or Iron Fist, or The Vision, there are many more unknown gems that could be turned into desirable properties. These are some of the characters/groups that Blue Sky Disney thinks would make great and entertaining films and other media. Some are less known, while others you might never have heard of, but should have been. 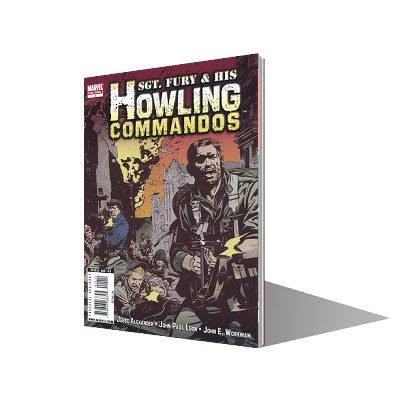 Excelsior...
#5: The Howling Commandos - Tell me there are fans out there that watched "Captain America: The First Avenger" that didn't want to see more of the Howling Commandos? Wouldn't it be amazing to watch a true World War II action epic with them fighting Nazis/Hydra? Sign me up for that. Imagine a story with the likes of Dum Dum Dugan and his crew doing their best for the Allied Cause, with Howard Stark arriving at a pivotal point to hand them some amazing piece of technology to help them out of a bind. I'm there. 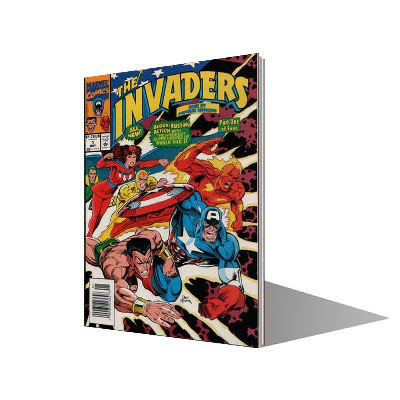 #4: Invaders - Ok, you can probably see that I have a thing for World War II stuff, so all of what I said about the Howling Commandos will apply here as well. I know that Captain America wouldn't show up, but having Namor, the original Human Torch and several other characters going up against the bad guy super-villians of the Third Reich. Nothing like magical powers on display between the forces of Allied good and Axis evil. 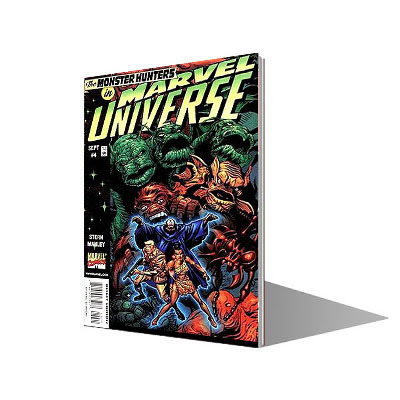 #3: Monster Hunters - Think of this as a collection of heroes going against the monsters that haunt the world. A film version of "Supernatural" set in the late 40's/early 50's sort of. Meeting at the Explorers Club in New York, a rag tag collection of occult and mystical powered explorers that search the night for what scares us, and rid it from us. If not a film, this would make an excellent television series on ABC. Hello Suits? 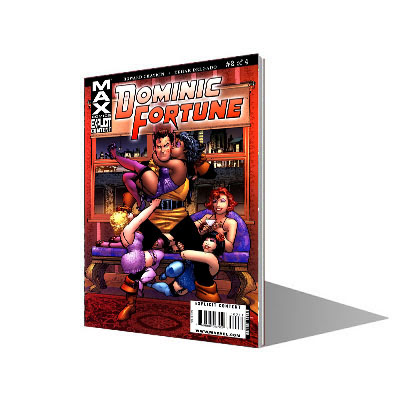 #2: Dominic Fortune - Set in the Thirties, this follows an old fashioned and flamboyant adventure seeker/mercenary. From his home base in Los Angeles, Fortune would fight for justice in the Depressionary Era against such known Marvel foes as Baron Zemo and Baron Von Strucker. His adventures took him around the world, from the mines in Africa where he fought Nazis stealing Vibranium, to the Los Angeles Underworld where he broke up a Japanese spy ring. Oh, and did I mention he's pretty good with the ladies? Think of him as an American James Bond set in the Golden Era of Hollywood. Lights, camera, action! 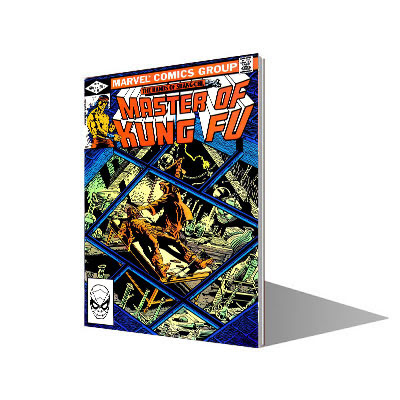 #1: Master of Kung Fu - This is one of my all-time favorite Marvel comics. Shang Chi, the son of the evil Dr. Fu Manchu, walks the earth. Trained by his father, he was sent out into the world to assassinate one of his father's enemies. It was in that world that he realized who his father was and what he intended. Chi became a secret agent and set about to work against his father's plan for world domination. Imagine a Marvel film that is an all out Kung Fu film, with fight action directed by someone like Yuen Wo Ping! This would be seven kinds of awesome. 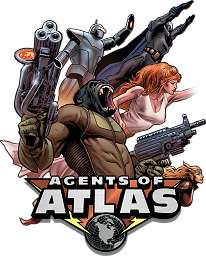 Agents of Atlas - Actually a team of heroes created from various characters that used to belong to Atlas Comics before Marvel purchased them, this odd group of people could create a very interesting adventure film. What would it be like to have a giant talking gorilla walking around with huge guns blazing a path to victory? The team was formed in the late 50's/early 60's by a secret division of the FBI to rescue President Eisenhower from the villainous Yellow Claw. Imagine if Marvel films had a film that was James Bond/The Man from U.N.C.L.E. with super-powered elements set in the Sixties. 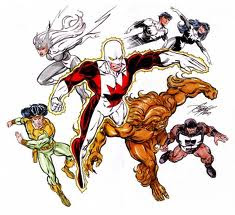 Alpha Flight - Imagine dealing with the Canadian military organization that created Wolverine? Think about a story examining his story from the standpoint of people who were involved in it? After all, he was Weapon X, but there were other experiments (like Weapon Alpha, that became Guardian). It's Canada's own super hero team and their battles against bad guys. Essentially, it's a "what if" story that asks what if the X-Men were a group that operated from the government instead of Professor X's leadership. Could be an interesting take and Marvel's chance to make another mutant story since they don't have access to the ones at Xavier's School for Gifted Youngsters. 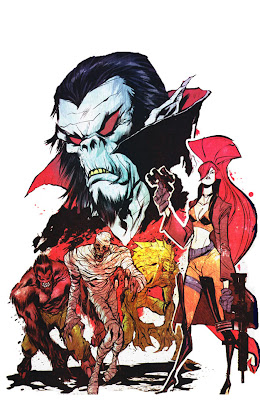 Legion of Monsters - Think of this as the "Monster Squad," except this time they're the good guys. A group of Marvel's monsters that work together: Morbius, Man-Thing, Werewolf by Night, even Ghost Rider (whom I wouldn't use for this) and FrankenCastle (think of it as The Punisher meets the Frankenstein Monster). What if "The X-Files" were told from these characters point of view? That would be the basis for this kind of film. Imagine a groovy tale of horror investigation that was investigated by the monsters themselves? A Marvel horror/adventure film would be an interesting tale.

And these are just five. Ok, eight if you count the honorable mentions, but you get the point. There are characters within the pages of these books that can be mined for decades. All they need to do is read through them. But knowing development executives, that's might be a hard thing for them to do. Luckily, Alan Horn is known to actually read scripts and have great taste, so Walt Disney Studios could have some very good properties over the next few years. Some from comics and many others from other sources, like magazine articles, books and even original screenplays. But with Horn, Lasseter, Feige, and a film partner named Spielberg, we can expect a good slate of projects through the middle of the decade.

And a few of them will be wearing capes...

Bring on a Howling Commandos film!

Agents of Atlas would be a weird and wonderful film. A masterpiece or horrible train wreck depending on who did it.

I Loves me some Howlin' Commandos!

They need to make a Squadron Supreme movie just to show up the WB/DC Justice League cluster-fluff they've been having.