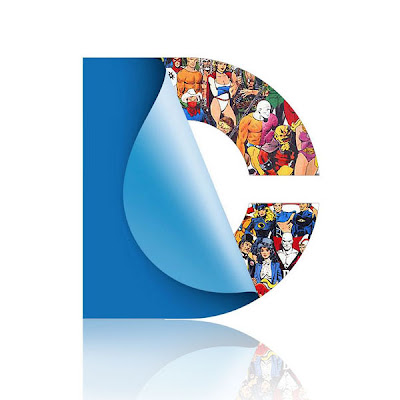 So Warner is looking in unusual places for comic book film possibilities...

With all the talk about Warner Bros. actively trying to put many of their comic properties into a film adaptation, I thought we here at BSD should look at several lesser known character(s) that would make great films.

Sure, there will be another Batman film, and likely another Superman film. Even with the disappointment of Green Lantern, it'll likely get a sequel or reboot in a few years. But what about the characters they have that aren't as well known by the public? Like Marvel, DC has a treasure trove of characters to mine for potential film/tentpole material. Sure, there's Barry Sonnenfeld's "Metal Men" and the fictional effort of James Cameron to make "Aquaman," but where else can Warner go? Who else can they use?

Leave it to Blue Sky to give them the answer. Just remember, when the films go into production, all I ask for is an executive producer credit. If you want to finagle me down, I might settle for an associate producer credit. But that will only happen if I read the script and it sucks. So without further ado, the list: 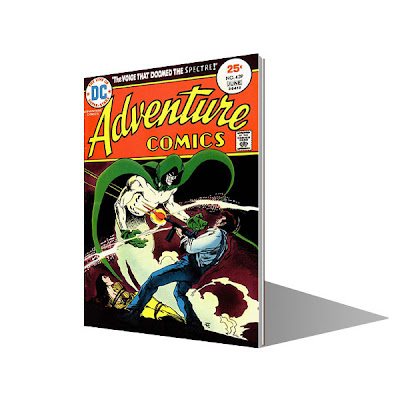 #5: The Spectre - The story of Jim Corrigan, a detective brutally murdered, whose soul isn't allowed into the afterlife. He instead walks the earth delivering justice to people who have been wronged and punishing evil. This could be done in a similar vein to what "Constantine" was. In fact, I'd follow the same type of route. Perhaps even hire the same Francis Lawrence. Unfortunately he's doing the Hunger Games sequel. Still, this could be a very deeply entertaining tale featuring a character that most people don't know about. 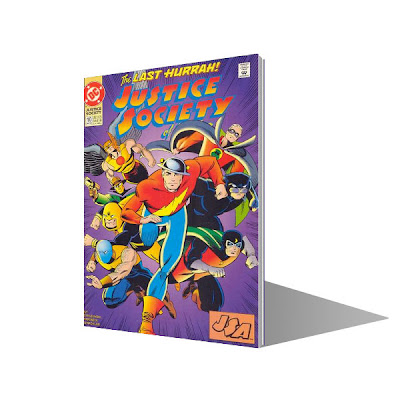 #4: Justice Society - If we can have an "X-Men" film set in the 60's, why can't we have a Justice League type film set in World War II? Imagine a superhero team set in a film themed with the same tone as "Captain America" from Marvel? These teams can focus on characters other than Batman or Superman. Or even Green Lantern or the (Barry Allen)Flash. Imagine characters like Doctor Midnight, Wildcat, Sandman or Obsidian? Dark tales of superhero-noir wrapped up in a tale set against the backdrop of Nazi Germany? Bring it on. 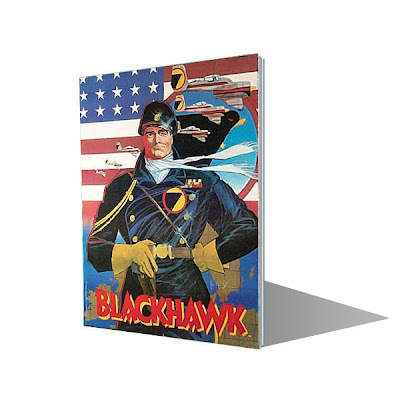 #3: Blackhawk - Janos Prohask aka: Blackhawk is a Polish American that forms his own squadron of pilots that fight against Nazi pilots in a fight for freedom and democracy. Imagine a story like "Red Tails" but with a much better script, or something featuring the aerial aspects of "Empire of the Sun" with a thrilling adventure/romance yarn. I believe that Howard Chaykin's version could be the template from which a great story could spring forth. And some nice, black WWII outfits, not a pair of tights in the bunch. 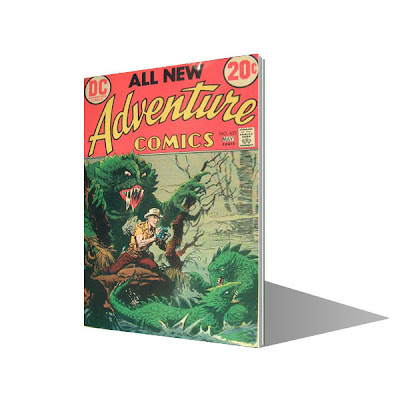 #2: The Adventurer's Club - Yes, very similar to Disney's own Adventurer's Club. A semi-anthology series that debuted in Adventure Comics that focused on a group of adventurers gathering together to brag about the exciting journeys they've had. It could essentially play on Disney's own property since the Mouse doesn't seem to realize the potential it has. The comic could simply be set up as jumping off point for a series of adventure films designed to be the next Indiana Jones or Mummy. 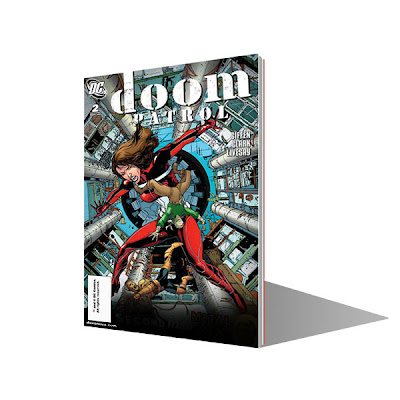 #1: The Doom Patrol - A collection of characters with powers and abilities dealing with being misfits and ostracized in a world of dark, danger. The Doom Patrol would be a wonderful twist on another superhero book. Essentially imagine them as an occult version of the X-Men. Imagine a story of secret societies and global threats that impact the world above we see, but through sinister forces like the Brotherhood of Dada, Red Jack or the Scissormen. Of all the odd or unusual properties, this would be my most desired one to make it to the silver screen. 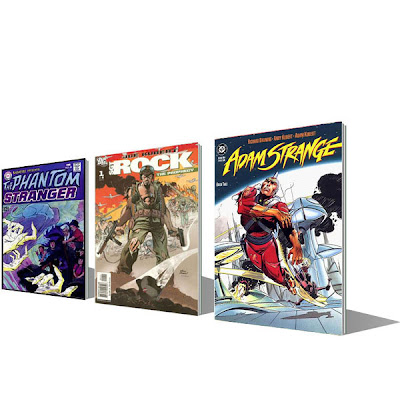 Phantom Stranger - A mysterious figure that controls fate and plays a role in the decisions that people make. He'd make an interesting film, or at the least a mini-series on HBO/Showtime.

Adam Strange - An archeologist that is transported to a foreign planet known as Rann, he becomes the protector of this planet from alien forces. This is very much like a sci-fi Edgar Rice Burroughs tale. Epic adventure in a futuristic atmosphere.


And yes, I know that Disney owns Marvel, so you want to know where are the Marvel Characters?

That's another post coming a little later...
Posted by Honor Hunter at 10:02 AM

Adam Strange would be good. A Shazam movie (or a Superman/Shazam movie . . . but they haven't even managed a Superman/Batman movie yet) . . . reboot Swamp Thing. Deadman (ah, Boston Brand!) was always a favorite of mine.

I'd like to see a Teen Titans flick, one based on the 80s Titans, with Raven and Starfire and Changeling . . . have Nightwing be Dick Grayson but barely mention his Batman association, if it all. It could be a strong ensemble piece. Just don't make it too Young Adult.

Of course, Raven and Starfire and Cyborg all have great stories all their own. Less expensive standalone films could be done first, to see if the interest could be built for the ensemble piece. Ah, well, not my call.

Of course, it needs to be said: where's a frickin' Wonder Woman film? Seriously? Marvel has been hitting it out of the park since the first X-Men and Spiderman flicks more than 10 years ago, and there's still not a Wonder Woman film? Really?

I'm sorry. There should be no mention of World War II except as backstory only. I cannot stand another reference to Nazi's. These 5 properties are not suitable. I can't understand why you picked them. The Green Lantern was horrible. It doesn't deserve reboot, only a burial.

You need to read the posts you comment on BEFORE actually posting on them.

Honor wasn't talking about using Green Lantern, he was talking about NOT using him. He was stating that there were many other characters in that group that they could use other than Sups, Bats, GL and others. Please take the time to read the post before you tell him how horrible his opinion is. Especially when it shows that you didn't even have a clue as to what you'd read.