The stuff of dreams... 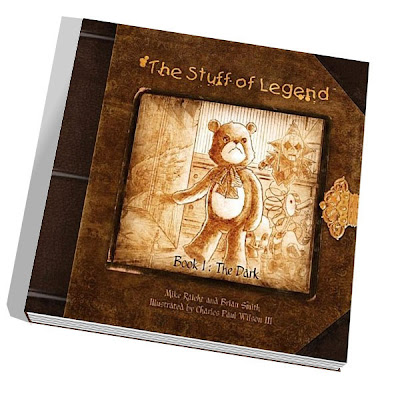 Could this be the first purchase and beginning of the Alan Horn regime? He's only been on the job for a short while, so we don't know how involved he was in the deal, but if he gave the go ahead for this it shows a promising future for his tenure at the Mouse.

Walt Disney Studios has made a preemptive bid for a series of graphic novels called "The Stuff of Legend" with Pete Candeland (The Beatles Rock Band Commercial) attached to direct and Shawn Christensen (Abduction) attached to write the script.

The story is of a young boy in 1944 who is abducted by the Boogeyman and taken into his closet. The boys dog and toys go into the closet, a land known as The Dark and proceed to do battle with the Boogeyman to rescue the boy. Sounds like a dark twist on Winnie the Pooh, doesn't it?

If this is the first deal under Horn, I look forward to his first slate of films...
Posted by Honor Hunter at 4:27 PM

This was confirmed by the publishers:facebook.com/th3rdworldstudios

Sounds like Disney is already jealous of the potentially good Rise of the Guardians.