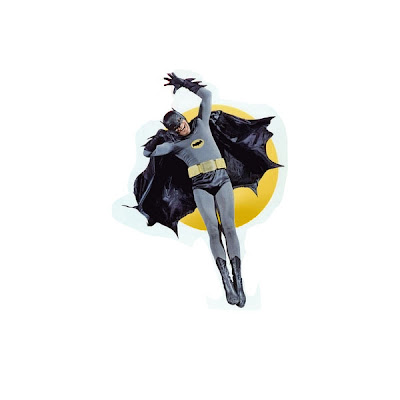 I remember as a small boy, rushing home from school to watch reruns of the 60's "Batman" tv show...

I was obsessed with it. I even went to get Burt Ward's autograph at a local car dealership when he stopped by my town. I have autographs of various stars, but still haven't gotten one by Adam West yet. I remember always wanting to have a DVD copy of the series, but realized that there were rights issues between 20th Century Fox and Warner that weren't resolved. I have a copy of the series on disc from when it was on TV Land, but it's not the greatest quality. So I've waited. And waited. And waited...

Variety announced that as of now, the rights issues have been resolved and a whole slew of merchandise, and presumably the series itself will become available over the next few years. So now I can look forward to a Blu-Ray copy of the series to have along with my Nolan trilogy. I think my autographed copy of Frank Gorshin as the Riddler just gave me the thumbs up.

I can't wait to get this. Thanks for the news, Honor. I'm a hugh Adam West fan. Hopefully they will have him provide commentary on the discs.

Noticed that you now have ads and were asking us to click on them. I'm a follower of your site and read it daily. I clicked on the ad for you. Keep up the good work.

They show episodes everyday on The Hub.