A great script without the royalty in it's name... 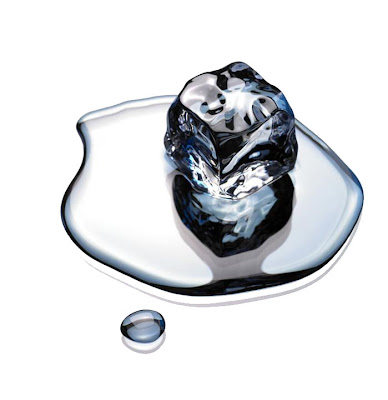 Walt Disney Animation Studios let out who would be playing in the next year's animated feature...

While "Wreck-It Ralph" is having its finishing touches worked on as we speak, the Mouse is hard at work on 2013's release. Disney's "Frozen," also known as "The Snow Queen" now has a queen and a heroine. Here is the press release with the details:


Walt Disney Animation Studios presents an epic tale of adventure and comedy in Frozen, a computer-animated feature film slated for the big screen in November 2013. Directed by Chris Buck (Tarzan,Surfs Up) and produced by Peter Del Vecho (Winnie the Pooh,The Princess and the Frog), Frozen features the vocal talents of film/TV/stage star Kristen Bell as Anna, a young dreamer about to take the adventure of a lifetime, and Tony Award -winning actress Idina Menzel as Elsa the Snow Queen. The movie will feature original songs by Broadway greats Robert Lopez and Kristen Anderson-Lopez.

In Frozen, a prophecy traps a kingdom in eternal winter, so Anna (voice of Bell) must team up with Kristoff, a daring mountain man, on the grandest of journeys to find the Snow Queen (voice of Menzel) and put an end to the icy spell. Encountering Everest-like extremes, mystical creatures and magic at every turn, Anna and Kristoff battle the elements in a race to save the kingdom from destruction.

Bell has starred in a variety of films, including the comedies Forgetting Sarah Marshall and Couples Retreat, and the upcoming films Hit & Run, Some Girls and the Farrelly BrothersMovie 43. On the small screen, Bell is currently starring in the Showtime series House of Lies alongside Don Cheadle; she has also starred in Heroes and Veronica Mars. Broadway credits include The Crucible and Tom Sawyer.

Menzel, who won a Tony Award as Best Actress in a Musical for her role as Elphaba in Broadways Wicked (2004), landed her first role on Broadway in 1995 in the Tony Award-winning musical Rent. Film credits include Enchanted and the feature film Rent. She has appeared in a recurring role on TVs Glee and recently released Idina Menzel Live: Barefoot at the Symphony, a live concert with an orchestra led by composer/conductor Marvin Hamlisch. Menzel is currently on a North American concert tour.

Robert Lopez is a three-time Tony Award-winning writer of the Tony and Grammy Award-winning musical The Book of Mormon, which was co-written with Trey Parker and Matt Stone (South Park), and the musical Avenue Q, which ran for six years on Broadway and four years in Londons West End. Lopez teamed with wife Anderson-Lopez, whose Drama Desk-winning show In Transit is Broadway-bound, to write original songs for 2011s Winnie the Pooh, a stage version of Finding Nemo and a new musical called Up Here.

Word is that the script for this one is very good, and it was one of the reasons it was moved ahead of "King of the Elves" in the production line before Elves got put in turnaround. But the one I'm truly looking forward to is the one that is scheduled for release after 2013.

It's truly unlike anything WDAS has ever done before...
Posted by Honor Hunter at 9:29 AM

and that movie would be....

Wait. Is this the same animated film that you've been teasing us about for months?

If so, I wanna know what it is!

I think Honor has already told us hints as to what it could be in his previous posts on WDAS's upcoming slate.

In fact, I have an idea as to what it could be.

Honor, do you talk about Ron Clements & John Musker's next movie?
I read Ron & John movie will have a new look with a fusion of CGI and traditional animation, like Paperman.

Michael Giaimo is the art director for Frozen and that alone is enough to get me excited. Dude's a genius.

A Few Good Ghosts? Has that been resurrected?

How much of the original story did they throw out? Only thing in common with the book I see is the Snow Queen. Even the most tweaked stories used in Disney movies still used the story's original characters and had some semblance to the books.

Sad that they had to ditch the traditional 2-D animation... but what can you do?

Will we ever get mort? That is one I am looking forward to if Disney can secure the rights

Why does Disney keep letting Peter del Vecho produce all his films have been mediocre at best. Wish Don Hahn would produce animated films again.

You're in luck! Hahn is an executive producer on Tim Burton's stop-motion animated film, Frankenweenie.

Does anyone know why Alan Menken and Glenn Slater were replaced on this movie?

I too will chime in with only lukewarm feelings for Robert Lopez's work for Disney. Finding Nemo the Musical is enjoyable if not great, but I didn't find the music in Pooh to be memorable at all. On second thought, I love Avenue Q. I thought Randy Newman's songs and score were an unfortunate choice for what was supposed to be the return of 2-D animation, though the songs were hardly the films only weakness. I just kept thinking, why don't they bring Menken back? Then I saw Tangled, and the songs were so disappointing. They've grown on me a bit, but they're not up to par with anything else the Company has done. Even the Rescue Aid Society theme song from Rescuers is more memorable. But on the other, other, other hand, I thought Menken's songs for Enchanted were wonderful. So now the Company seems to have a renewed interest in making these musicals, but why is it so hard to do them right?