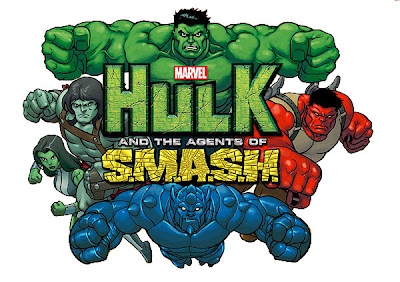 The Other Guy was also in the news...

In addition to the announcement that "Avengers: Earth's Mightiest Heroes," comes the news that Bruce Banner's alter ego has some new friends in a new show. While I've never liked the idea of alternate Hulks, I have hopes for this series. I loathe the idea of a She-Hulk just like I've never liked the idea of Supergirl or Bat-Mite. It's just milking for the sake of milking something. I prefer the Lamp's model, which is if you have an idea for another story featuring these characters, then a sequel is fine. The one hope I have for this show is the involvement of Paul Dini, whose involvement will at the least will increase the quality of the stories. Will this Hulk series be a smash?