This one is not a bughunt... 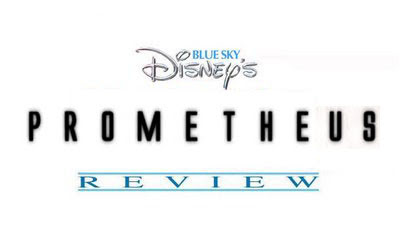 "If a watch implies a Watchmaker, then who made the Watchmaker?"


These are the kinds of theological questions director Ridley Scott asks with his quasi-prequel-to-Alien-but-really-kinda-isn't-but-kinda-sorta-thinks-it-is blockbuster. Prometheus is a film that suffers from an acute identity crisis. It can't decide if it wants to be a serious thought provoking science fiction film ala Stanley Kubrick's 2001: A Space Odyssey or just another suspenseful Alien film in its pretentious struggle to attain both.
Ridley uses the Alien universe he created as the framework to ask such intriguing paradoxical questions about where humanity came from and our evolution, but the questions themselves are a conundrum that go absolutely nowhere and only serve as ambiguous McGuffins to the narrative plot. Ultimately they are of no importance and abandoned as the film then desperately tries to make some kind of vague narrative and suspenseful connection to the original Alien franchise which is precisely its very undoing.

Prometheus would have been better served as a stand-alone science fiction film that made no references at all to the Alien franchise. Everything feels forced and contrived as Ridley attempts to provide some narrative linkage while simultaneously trying to do something completely new and different but he's really just treading on old ground. We've seen it all before only he did it immensely better the first time around.

A word of caution: You will never be able to watch the original 1979 classic Alien the same way again after watching Prometheus. All of the mystery and suspense about the Space Jockey, who and what it was, where it came from and why it was carrying a creepy derelict spaceship full of deadly Alien eggs, is irreverently answered much like Lucas and the Star Wars Prequels. Ridley fills in the back story while abandoning any of the brilliant and poignant ideas he postulates in a desperate attempt to make some subtle (and not-so-subtle) connection to Alien and ultimately suffers from the same case of Prequelitus. It's not exactly like we hadn't already filled in the blanks ourselves and deduced what it was with our imagination while watching the original Alien, yet Ridley has had the ideas gestating inside him for years and feels compelled to show us more than we either wanted or needed to see in a way like Spielberg revealing the inside of the mother ship in Close Encounters to satisfy the studio's demand but unlike Spielberg it would seem that Fox lured Ridley back to help them "resurrect" their historically successful Alien franchise without any creative restraint.

The production design and special effects for the most part are incredible, but it is all too clean, sophisticated and high tech compared to Alien's dark, grungy, and worn universe. Prometheus lacks the suspenseful atmosphere Ridley meticulously constructed in the first film and relies more on action and visuals than spine-tingling mood and ambiance. It was the combination of carefully executed pacing, editing and lighting combined with Jerry Goldsmith's eerily suspenseful score that created the texture and atmosphere in Alien that is sorely lacking in the visually excessive Prometheus.

The characters feel under-developed. Charlize Theron plays the stereotypical cold corporate bitch for the infamous Weyland corporation, a name that is synonymous to the Alien franchise and its conspiratorial connection to those films. The only character that is really interesting to watch is Michael Fassbender's android David who is so unemotional and inhuman with his intentions that it is quite sinister and unsettling and his performance is absolutely fascinating to watch as he attempts to emulate human emotions and mannerisms by mimicking the performances of actor Peter O'Toole. Noomi Rapace's Shaw just isn't quite up to par as the strong female protagonist of Sigourney Weaver's Ripley. She's Ripley-lite. A woman who holds onto her faith in God and her beliefs about our evolutionary existence even when they seem to conflict. She's driven blindly by her faith but ultimately it makes no difference what she believes nor does it really matter who lives or dies. The characters just aren't as compelling as the Nostromo's rag-tag band of weathered Space Truckers which I credit mostly to the strong performances of Tom Skerritt, Sigourney Weaver, John Hurt, Yaphet Kotto, Harry Dean Stanton, Ian Holm, and Veronica Cartwright in the original 1979 Alien.

The final shot of the film is divisive but I won't spoil it. When the film ended after seeing the 12:01 Imax screening, there was no applause, not enthusiastic excitement and chatter, just confused looks as everyone looked around to gauge others perplexed reactions. I simply found it to be somewhat of an insult to the original film. I'm sure Swiss surrealist H.R. Giger would still like to know where his royalty check from Twentieth Century Fox is with interest fully due and payable.

If there is one truism about an Alien film, or proto-Alien film as it may be in this case, it's that Darwinism is in full effect. It's survival of the fittest and the most perfectly evolved or engineered organism will prevail. Humanity is a genetically engineered experiment that failed and so are the crew of the Prometheus. It's a wonder that we ever survived at all.

I hear Sir Ridley is is already prepping a sequel of sorts to his 1982 cult-classic Blade Runner. God save the Queen and us all. He should just leave it alone. Like Lucas and Spielberg, it's time for Sir Ridley to retire gracefully and leave their original masterpieces untarnished. There comes a point when we should just take away the brushes from Da Vinci's palette and say, "It's finished."
Posted by Decadent Dave at 7:48 PM

Great review, but I will have to judge for myself later in the week. I think you've nailed what I've seen a lot of reviewers say, but less articulately.

I didn't love the film, but not for any of the reasons you said; which were pretty much "It's not Alien" while you looked back on that film with fond nostalgia. I thought Prometheus had an interesting answer to the question, "Where do we come from?"...Answering in return with the question "Does it matter?"
And I really like the explanation of the Space Jockey and seeing all of that; I thought it tied things together very interestingly..
Yes, the film has problems, but none of them are "it's not as good as Alien," which in truth is a glorified monster movie in space. But like most films, Prometheus suffers from coming after the 1980s, which earns it the inherent critical analysis of "it's not as gpod as what's come before" from anyone who views the 60s, 70s & 80s with the nostalgic goggles of their younger self. But much like the Star Wars prequels, Prometheus may not be as good as it's predecessors; it will receive the scorn of those who grew up with the originals, but to a younger generation, it will fascinate and inspire, as well as lead them to the original films with will also fascinate and inspire.

It's silly. It has a lot of good stuff in it, good shots, but if you're expecting a prequel to Alien, you're out of luck, no continuity or transition to the first film. Michael Fassbender is good, good costumes, sets, locations, but it would have been better as a stand-alone film. Stick to Alien, it's better, this one isn't even scary, not shot in shadow and it isn't claustrophobic, everything that made the first one great.

Its not a Alien anything and to think that way is the fault of the trailers and commercials.

To say Alien is the best is to ignore Aliens. Just like Terminator 2 and The Empire Strikes Back are the best of the series.

I love an addition to a beloved series, but maybe not the latest of Pirates, Underworld, Resident Evil, and Transformers.