Pooh In The Kingdom... 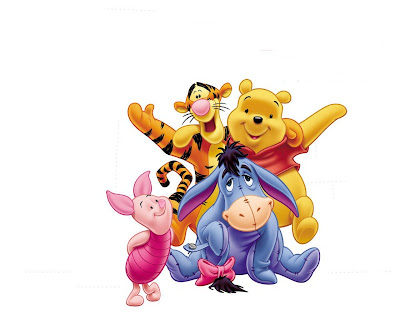 "The Many Adventures of Winnie the Pooh" attraction opened in the Magic Kingdom on this day. A modest ride that reflected the classic film, it provided guests with a minimal C-Ticket that parents could take their children on for a journey into the Hundred Acre Woods.

Meanwhile, in Tokyo a version of the ride "Pooh's Hunny Hunt" was being constructed for opening the next year that would put Walt Disney World's to shame. Ironically, this attraction was originally supposed to be built in America, but was rejected because of its costs.

Paul Pressler is gone thankfully, as will be seen on June 15th...
Posted by Honor Hunter at 4:42 AM

Its amazing to think of how much change this park has gone through in a relatively short amount of time.

Its all been for the better of course.

In addition to the big projects, I have really enjoyed seeing existing parts of the park getting touched up and get better themeing. Like those awesome period-inspired photographs of Paradise Pier "under construction" that are now at the Cove Bar.

I have heard FANTASTIC things about Radiator Springs Racers!