A long time ago in a galaxy being torn apart by a black hole named Lucas... 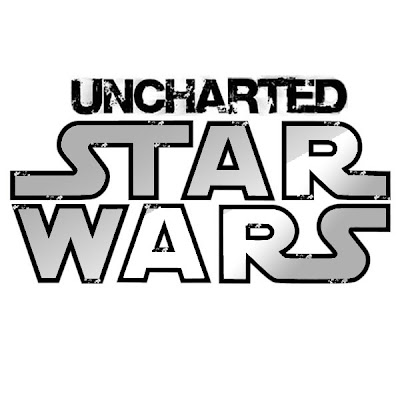 First impression is that it looks pretty good. It appears like someone was watching the "Uncharted" series and decided to put the Star Wars Universe in that type of game structure. Of course, if that is what they did, I hope they paid attention to the story as well. If LucasArts is going to mimic/copy this game, I'll cross my fingers that they payed attention to how well the story arc, characters and narrative structure are are designed.

I will keep my full opinion until I see the finished product. I was burned by "Indiana Jones and the Staff of Kings" game, which initially looked good until you saw game play and experienced the terrible story. If you're going to take my favorite film and make it a game, please make sure it's on that kind of level, guys. Indiana Jones is a character of legend, and Nathan Drake is poured into the same mold. These new characters in the worlds of Star Wars have a lot to measure up to (Kathleen Kennedy has a lot of work to do, but she's very capable of the job she's just been hired for.). Lucasfilm has a collection of iconic and amazing characters that can transcend generations, but they sometimes don't know how to handle them. Particularly the games division.

A lot like Disney Interactive's problems...
Posted by Honor Hunter at 12:34 PM