How many years before they graduated... 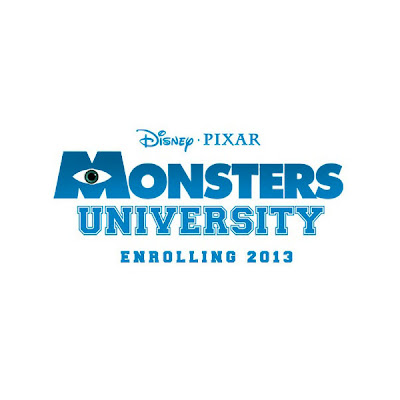 As the release date gets closer, we get to know more about the Lamp's 2013 film...

Here is a piece of production art that was released today. Sully and Mike going through the gates as they learn to scare. Well before they became the championship team at Monster's Inc. they had to learn how to. And this film will apparently tell that story. Enjoy this as a small peek beneath the curtain. Tomorrow the first teaser will be released. 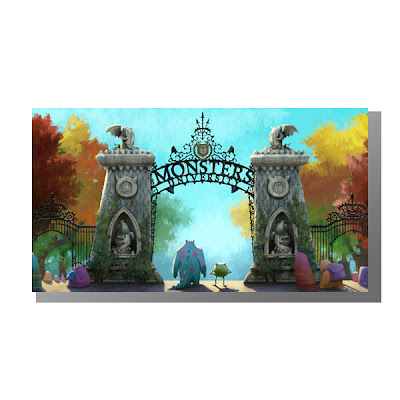 And we'll get our first animated look at what this film looks like...