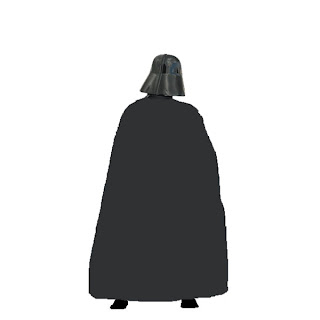 Walt Disney is synonymous with America, but also with California...

But specifically southern California.  Since arriving in the Golden State in 1923 and setting up shop, the man and the company that lived on has had a permanent presence in this area.  From his early days on Hyperion, to the formal home of the Burbank Studios, or the Golden Oak Ranch, this area is treaded territory of the Mouse.  And it's been that way for decades.

While northern California has been in films, it has has never been a crucial, or pivotal part of the company's story; until the middle of this decade.  That's when the importance of the land up north began to play a much crucial part of it's history, and now its future.

When Bob Iger bought that little plot of land in Emeryville it was the beginning of a gradual expansion that most people haven't noticed.  The $7.4 billion purchase of Pixar gave the company a permanent, albeit small presence up north that would play a vital part in the creative direction that it charted.

Who would of thought that within the next five years it would grow so rapidly?

With the purchase of George Lucas' Lucasfilm, a great deal more real estate, and valuable entertainment icons became part of the company.  The Letterman Digital Arts Center, just down the way from the Walt Disney Family Museum houses Industrial Light & Magic, LucasArts, and Lucasfilm's marketing/licensing arm.  This is truly a dream factory in the green setting of the Presidio.

Lastly, a little further up in Marin County lies Skywalker Ranch, the original home of Lucasfilm, which is a haven for creative types that seek it out for writing and other services, but the jewel there is Skywalker Sound.  UPDATE: It appears that Lucas will retain the right to the land and surrounding ranch, but it's unclear if their services will be used, or if Skywalker Sound and other parts of the company will move out to other parts of the Bay Area.

Think about all the property that now exists up north.  There is probably more land in use by Disney in the bay area than in the area surrounding Hollywood.  And just seven years ago there was really no presence by the Walt Disney Company up there.  The state of California has Walt fully anchored in it from north to south.  Now maybe they can purchase something in Fresno so that there's a bridge between north and south.

The little company that was started in southern California has taken over the whole state...
Posted by Honor Hunter at 10:10 AM

Great observations. And Disney has a notable presence in NorCal in addition to what you called out. A little research on Wikipedia and the corporate website -- and you can find creative hubs in Silicon Valley too.

I'm pretty sure that Skywalker Ranch was not part of the deal. I'm not sure if Skywalker Sound will remain at the Ranch or not, but the land itself still belongs to Lucas.

So he sold it for 4.05 billion and didn't get that part of the company? I know Lucas owned Lucasfilm outright and I thought that Skywalker Ranch was part of the company. Local officials inside Marin County have talked about proposals that Lucas wanted to build that were rejected possibly being pursued now that Disney bought Lucasfilm.

Are you hinting that Disney may build something in Fresno?

Lucas is donating the land to low-income housing to spite the county for rejecting his expansion proposals and give the land to people who need it most.

No matter what happens, Disneyland makes me feel great every time I visit.