A Shortage Of Shorts... 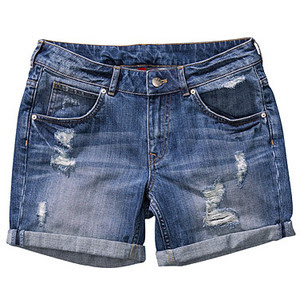 From the earliest stages of my childhood, I remember watching shorts.  From Sundays watching the Wonderful World of Disney, to afternoons viewing Warner Bros. shorts, I grew up getting my fix on short narratives of iconic characters that entertain me both day and night.  I especially loved Disney shorts, because they were so rare.  Unlike Warner Bros. cartoons, the shorts from the Mouse rarely aired as often and were much more cherished then the daily dose of Bugs Bunny and Daffy Duck that I was overdosed on after school every weekday.

Disney still makes great shorts, as you'll see this fall when "Get A Horse!" comes out in front of "Frozen" in theaters.  It's a perfect example of how shorts are still relevant in these modern times.  And the Lamp was the only animated studio that kept the shorts alive for the most part since the mid 90s.  There have been other shorts, but they were few and far between until the public began to notice The continual inclusion of shorts in front of each new Pixar film.  It became a habit, and the habit became a standard.  And when John Lasseter took over Walt Disney Animation Studios, he started a shorts program that began to put them into production for future animated films.  Slowly, they're becoming standard for the Hat Building's features as well. And that's a very good thing.

But it's not enough.

A couple of shorts a year is simply inadequate for entertainment consumption.  Sure, a short from a Pixar film and a short from a Disney film are great to watch, but never enough.  What about all the other live-action films that Walt Disney Studios makes?  Remember when "National Treasure: Book of Secrets" had the Goofy animated short "How To Hook Up Your Home Theater" in front of it?  It added a lot of value to seeing the film.  Not that it was a bad movie, but it was an additional part that justified seeing it and getting more for your money.

Imagine shorts in front of every, or at least most of Disney's films.  It would differentiate itself from the competition by adding extra value to each film.  While other film studios would only give you the movie, Disney would give you the movie and a bonus as well.  And they all don't have to be from Mickey or Luxo.  Remember, the Walt Disney Company has many divisions even within the film division. 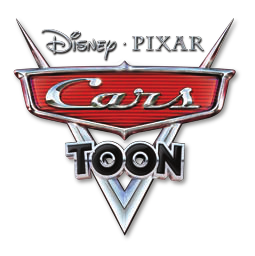 Consisting mostly of shorts about Mater and his imaginary adventures, the World of Cars as much room for growth.  As well as having Maters Tall Tales, there could be other adventures in Radiator Springs or around the world with Lightning McQueen and other mechanical creations.  And from what I hear there will be, but not soon enough or enough in quantity.

With a fourth Toy Story film well off into the future, John Lasseter and Ed Catmull have found a way to continue the adventures of these beloved characters for audiences across the world.  The three shorts (Hawaiian Vacation, Partysaurus Rex, and Small Fry) done so far have been in next way of extending the franchise beyond the most perfect trilogy ever made on film.  The new Halloween special "Toy Story of Terror" is another way to have a longer form animated short, while still building on the stories.  One other short is actually in production now, and at least one more is being developed. I hope that they continue and hopefully expand the shorts for their endearing quality is greatly desired. After all, Pixar Canada needs more work right? 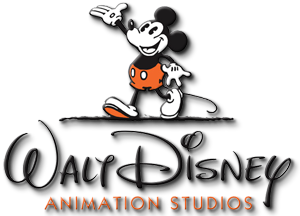 The Hat Building has slowly, but steadily been making shorts available for each of the current animated features.  While "Get A Horse!" is the latest creation, it's simply the latest in a line of jewels that has come out of the main division.  From "Tick Tock Tale" to  the longer form "Prep & Landing" specials, or the charming "Paperman" the work coming out of WDAS is top notch.  Now if they'll just make another hand drawn one as we'll crafted as "The Ballad of Nessie" I'll line up.  Perhaps a new Mickey Mouse cartoon, or is it dreaming too much for a Donald Duck short?  Animators start knocking on John's door a little louder please. 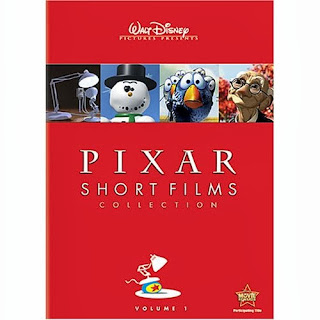 The Lamp is the one that gets the credit for making shorts cool again.  Not that they weren't, but suits at Disney and elsewhere would simply stick the shorts made at festivals and not even think about placing them before a film.  Pixar changed that.  They proudly put them in front of their latest release and audiences became use to that special feeling of getting something more, even when the film was enough.  From "Geri's Game" to "The Blue Umbrella", the shorts from up in Emeryville have pushed the technology to show why animation is such a unique medium.  More is a good thing here. 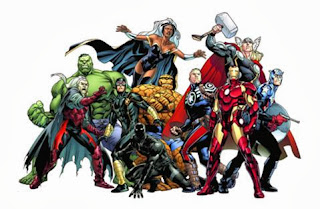 Marvel already does shorts with its One Shot program, but they tend yo be extras on the DVD/Blu-Rays.  While I loved the "Agent Carter" short, it was about fourteen minutes long,  That might be too long in front if a feature, but a five or six minute animated adventure of Blade, Daredevil or Luke Cage might hit the right spot.  They've had success so far with their live-action ones, maybe it's time to gauge the publics interest with some other characters not seen yet (hello, The Runaways anyone?). Remember that two of their shorts, "Item 47" led to the series, "Agents of Shields" and a potential series, "Agent Carter" based on the short.  More Marvel magic could/should happen.

Disney's newest acquisition doesn't have any plans for making shorts, but they should.  Imagine a short in either live-action or animation featuring adventures in that galaxy far. Far away.  I believe seeing a live-action one , but an animated one would be awesome.  The current craze at Disney North is CG, but I'd prefer a hand drawn short.  I know that there is a lot if talk about a Han Solo film, but without Harrison Ford I wouldn't find it believable in live-action.  But an animated short of Han Solo meeting Chewie for the first time?  Yeah, that I'd buy.  And they could also make shorts featuring a certain archeologist if they wanted.  I'd be in line to see that.  Or even an animated Boba Fett short in a stylized Anime design.

The possibilities are infinite...

I feel like it wouldn't be appropriate with the Marvel or Lucas films, unless added later in the films' runs. (Imagine being at the height of your excitement while sitting in the theater for a much anticipated release, and your movie is about to start... but nope, here's a short that none of the film's commercials warned you about. Total buzzkill.)

But, I think you could definitely pull them off with appropriate Disney-branded films.

The (Horn-revived) sports movies would be a good launching point for new Goofy "How to" shorts.

Disney's live-action fantasy/fairy tale films (ie. Oz, Alice, Maleficent, Cinderella) could be used to bring back characters from their fairy tale/Princess brands for new stories. (Think of something like "Tangled Ever After", done with characters from other favorite films.)

Family comedies (Muppets, Alexander and the Horrible (etc) Day ...) would be the smart place to go with films surrounding Mickey/Minnie/Pluto/Donald/etc...

And even DisneyNature could get in on the act, with new shorts featuring Chip n' Dale, or (one of my personal favorites) Humphrey the Bear.

Did you just confirm that there will be a fourth Toy Story?

An Indiana Jones animated short would be so cool to see in front of a new Disney film.

Han Solo would work also, but not as much I think because he is more of a one note character when compared to the famed archeologist.

Japanese themed animated stories of Boba Fett? Count me in!

That ballad of nessie thing was AWFUL! So obvious, amateurish, and horribly "directed." And terribly NOT original. Like a middling student film, and certainly not worthy of Disney animation.

I love the idea of animated shorts in front of animated films. I'd be thrilled if Marvel and LucasFilm started including them in front if their films. However I'd prefer to see live action shorts done for live action features.

I imagine a series of shorts done in the style of Marvel One Shots' 4-5 minutes each, taking place within the marvel cinematic universe.

Wow it is nice. It's good for beach activities.

Don't forget that we're getting a regular diet of Mickey shorts . . . they're just being released on TV and on-line, not theatrically.

The Ballad if Nessie was a great short. It was a nod back to the shorts Walt Disney Productions made in the late 50's and 60's. A well crafted homage that was very well directed by the team that brought us the endearing Prep & Landing.

The ballad of nessie was terrible, I agree. Amateurish in the worst ways. And wholly unoriginal in style or content.

And it's no wonder they did prep and landing...another cartoon mess.

My daughter is around her 18 and so stubborn to let go of shorts.