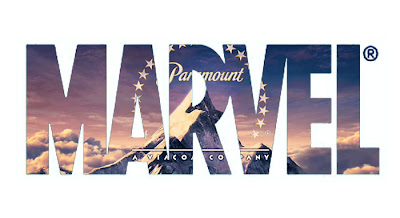 Interesting, but not too surprising news...

The Walt Disney Studios has bought out the remaining pictures that Paramount Pictures were supposed to distribute after 2011. Mighty Marvel will be in the free and clear come 2012, at least in terms of the characters that were or will be launched under the original agreement. Translation: "Thor" and "Captain America" will be Paramount's last films and "Avengers" in 2012 and "Iron Man 3" in 2013 will be under the Marvel Studios banner and distributed and marketed by the Mouse.

It's not likely that the deals with Fox or Columbia will be affected, as those would be far more expensive to resolve. That said, this makes you wonder if the theme park deals with Universal Studios could come to a similar resolution? Maybe Iger will make a deal to pay for the retheming/design of the Spider-Man attraction? Slowly, as the years pass most if not all the agreements and deals will expire or be bought out. By the end of this decade most outside sources of Marvel entertainment will disappear and by the beginning of the next decade nearly everything done with these underwear clad money makers will be done under Disney.

And the growing lads and testosterone filled tots will never know a time when Spider-Man, Hulk and the rest of the Super-Heroes/Villains were not Disney characters...
Posted by Honor Hunter at 8:58 AM

Pretty significant news indeed. We heard news of their plans for live-action last week. In theory, theme parks would be the next step in Disney's conquest..

With the Harry Potter theming working so well at Islands of Adventure (IOA), do you think that Warner Bros. is more than willing to license their DC characters to Universal Theme Parks? The Marvel part of IOA could easily be rethemed the same way Wizarding World of Harry Potter replaced The Lost Continent. Cause I find it relatively logical that Universal would do a switcheroo and swap one popular comic-book brand with another successful comic-book brand. It would be an interesting state of events if that were to happen: Disney buying out the Marvel theme park license and Universal Theme Parks partnering with DC Comics to redesign a current theme park district.

So that begs the question: will the Avengers be released under Walt Disney Pictures or Touchstone Pictures? Before 2003 I would have definitely said Touchstone, but what with Disney releasing more PG-13 rated action-adventure films under the WDP banner (and especially if Disney wants to get the word out to the general public that they own Marvel now) I wouldn't be all that surprised if they released it as a Disney film.

@perfectly flawed: I'm pretty sure if Universal were to ever retheme Marvel Superhero Island then they'd do it as the Sci-fi City area that's in their new Singapore park. Looking at the ride list in that area, it's actually not too hard to imagine Spider-Man being replaced by the Transformers ride or The Hulk coaster being replaced with the Battlestar Galactica. That entire area really looks like it was tailor-made to replace the Marvel island should it ever happen.

As for what it'll be released in?

Unless the plans change between now and 2012, the plan is to have them under the Marvel Studios label. It is, or should be a label of its own like Walt Disney Pictures or Touchstone Pictures.

Things could change, but that is the current plans...

This is a quite an impressive play. Okay granted, its only two movies, but should everything work well these could be two MAJOR movies.
It is a sign that Disney are looking at the deals in place and considering what they can reclaim. Because it would have been very easy to just let those two slip through the crack.
I understand they have also pulled Punisher back under the Marvel Studios banner.
What about some of the other tied up properties? Spidey - no. X-Men - no. Ghost Rider - it seems not.

Is there any traction wih Daredevil and FF4 reboots? Just wonder if they might pick away at the stuff thats been licensed out.

Now I wonder about the future of the Spiderman Musical.

I predict that it will be "Walt Disney Pictures presents a Marvel Studios film" which will be branded with a Disney-Marvel tag similar to the Disney-Pixar tag on Pixar films.

I'd like a retheme of the Marvel Superhero Island. Even if Disney didn't persue Marvel theme park products.
A re-theme may mean new additions or changes to the attractions in that area, like at WWOHP. That is a good thing.
Make it DC Hero Island or Sci-Fi City, whatever.
All of Transformers, Batman or Superman would work as a viable retheme of Spiderman.

@The World's Only Rabbit Dentist

Isn't Backdraft being retrofitted as a Transformers attraction in Universal Studios Orlando?

I doubt that Battlestar Galactica has the mass appeal nor longevity to be a successful district by itself. Sure the property is under NBC Universal, but I'd consider such a plan as playing it safe. If Universal plans to wow more people and become a superior competitor to Disney World, they better be thinking bigger.

@perfectly flawed: Yes, it is. Considering it uses the same technology as the Spider-Man ride, I'm just saying it wouldn't be too hard to swap out should Marvel Superhero Island ever need a retheme. Same goes with the Hulk coaster: it probably wouldn't be Battlestar Galactica, but it would at least be something along those lines. Star Trek, maybe?

Doesn't this mean they can bring in some of PIXAR's people to help tweak the story now?

Honor, I do have a question, is the Marvel still going ahead with it's themepark in Dubailand? I haven't heard much news about that...