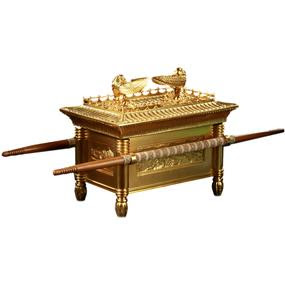 Joss Whedon is a writer with his finger on the pulse of modern culture...

In his interview last week with Entertaiment Weekly, he gave his thoughts extensively on many subjects. One of them was his problem with "The Empire Strikes Back" and it's ending.  I don't necessarily agree, but I understand his point.  Star Wars is modeled after a serial, Joss (Flash Gordon, Buck Rogers, Phantom Empire, etc.).  I know there are three years between chapters, buuuut.  Sigh.

Anyway, another story structural nemesis he had was with Indiana Jones.  Not the masterpiece that is "Raiders of the Lost Ark", but the flawed prequel that was "Temple of Doom".  Even though it's not the problem I have with the film, he makes a serious and compelling argument:


A movie has to be complete within itself; it can't just build off the first one or play variations.  You know that thing in Temple of Doom where they revisit the shooting trick?...  That's what you don't want.  And I feel that's what all of culture is becoming - it's becoming that moment.


What he seems we saying is that the originality that makes up the world, art, film, books is dissipating.  We are rehashing ourselves. We're making carbon copies of everything. There's no spark, no originality.  We're remaking movies that were only out a little more than a decade ago because our culture is so brand identified that suits believe we can't handle something original.

How much longer can society go on when all it does is repeat what it just did, and not grow and move forward?  At least that's what I take from his statement.  Our brains have the ability to come up with a unique idea that could be shown a thousand times, in a million different ways.  we shouldn't have to simply repeat everything.  Where will we be in another decade simply rehashing the ideas that came out last year?  Or last month?  Or even yesterday.

Of course, it could all be for naught. Societies change, sometimes for the better, sometimes for the worse. Hopefully the idea drain that we are suffering through will not be a permanent one.  There is so much treasure to be found in the idea of originality.  There is no need to create what has already been created.  We don't have to chain ourselves to stories that loop over and over.  It is freedom to do something different, to be repetitive, continually trapped in the past doing what has been done forever is to relinquish free will.  And that is to be a slave.  A slave to dead culture.

And a dead culture is only for the dead, not the living…
Posted by Honor Hunter at 9:18 PM