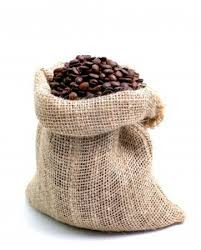 Another piece of the Disney Animation falls into place...

Those of you that read last month's post "Clear Road Ahead" where we exclusively revealed the upcoming slate of WDAS for the next five years.  Other sites link to our post, but strangely disappeared within a day.  now, the guys over at Bleeding Cool have posted a lot more detail about a project we told you about.

I can verify that much of what they report is true according to Bothans.  The project began when Nathan Greno pitched the idea to Lasseter around the time he was working on co-directing "Zootopia" with Byron Howard.  The creatives decided that they were both capable of directing on their own on differing projects.

Check out their article for the details.  I had promised my Bothans to not reveal too much, but now that it's out there it's fair game.  It'll be a great film if it makes it out based on what I've seen.

I wish I could say the same for Dean Wellins' project...
Posted by Honor Hunter at 4:00 PM

Since I know both Byron and Nathan personally, I can tell you that your entire **2nd paragraph** is completely incorrect. I don't know who your source is, but they're not correct. The only statement close to the truth is that the studio knows both Nathan and Byron are super talented and having them both direct separate projects will be a win-win for the studio.

Anonymous, I agree that both are capable of doing movies on their own...

Everything that I've heard about their current projects, as well as their work on Tangled is absolutely positive. They are great animation directors and I look forward to each one's new film.

But I have the information from two separate sources. I don't know which part you're saying is incorrect, the fact that they were working together on Zootopia, or the fact that the studio decided they could both work on different projects. It might be that there is a differing of when each project began, but my sources weren't saying that they didn't have the talent to work separately. And I certainly wasn't.

If you'd liked to address this more in deph, please e-mail me at your pleasure...

Honor, is this the same 'Jack and the Beanstalk' film Chris Buck was working on when the Snow Queen was cancelled or a different project altogether?