Not Extinct, But Evolving... (Exclusive) 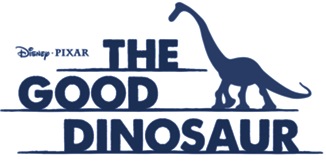 The animation business can be a very chaotic experience...

The Lamp has had many films in production that would either shut down (Newt) because of similarity to another project (Rio), or drastically changed (Ratatouille) to make the release date. Word from my Bothans is that there is another having such difficulties.  It's not a good thing, but it is a normal, yet chaotic process.  Which film?

The producer and director of the film had been removed, but the film is not as of yet in turnaround. John Lasseter has reportedly taken Bob Peterson off the film, and is attempting to still meet the 2014 release date.

This will not be an easy task, but they're hopeful that another director will be able to bring the project back in to better focus as the story wasn't coming together.  The meteor that killed the dinosaurs hasn't yet destroyed this film, but it has put it in jeopardy.

Developing...
Posted by Honor Hunter at 9:33 AM

Have you ever talked about what was drastically changed about Ratatouille? I would love to hear a little about this.

Not surprising given Peterson was a no show at the D23 presentation. The real question is if Pete Sohn will carry the reigns now or they bring in some more fresh eyes.

The d23 announcment was completly different from what many people expexted

I understand that this kind of thing sometimes happens in animation, but you have to admit that this is happening much more than it used to. This has happened in the past THREE out of FOUR Pixar releases (Brave=Brenda Chapman replaced, Cars 2 Lasseter came in and replaced the director, and now The Good Dinosaur with Peterson (and Sohn?) replaced.

Why is this happening so often nowadays? Don't just say Lasseter has unusually high standards. Deciding to release Cars 2 shows that this is not always the case. My theory is that they simply have too many films in their development pipeline at one time. If a project starts to south it takes it too long for this to be realized, and for monetary justification they have to release the film anyway.

What I can't figure out from your post Honor is if Lasseter himself is now directing the picture, or if he's trying to get someone (like he did with Bird) else to take the reigns.

The Good Dinosaur was one of the weakest entries in the animated slate presented at the D23 Expo (not including the Toon Studio stuff). I like the concept on this project, but as Anonymous#3 stated, it is very different than most of us expected. But that's not always a bad thing. I think the initial idea of "What If the meteor missed earth, and dinosaurs never went extinct" left people with more grandiose thoughts of Dinosaurs living in the modern/future age.

I'd like to see Peter Sohn continue on this, he's one of my favourite up-and-comers from the Pixar shorts group.

Great work, Honor. Your the most reliable site for Disney rumors. I look forward to all the updates.

Is Peter Sohn going to direct it? He was there at D23 at the footage showing. Or will someone else take over? Brad Bird is too busy with Tomorrowland. Lasseter? Surely not, he has too much to do already. All of their other veteran directors are busy? Hmmm.

There's still 9 months before release.
I'm available ... and I'll happily direct it.
I could start Monday!

When I first saw these news, I was like: I'd be happy to direct it. But I'm not a director...

What's the source for this information?